Ada Jesus cursed by Rita Edochie and her Prophet has died 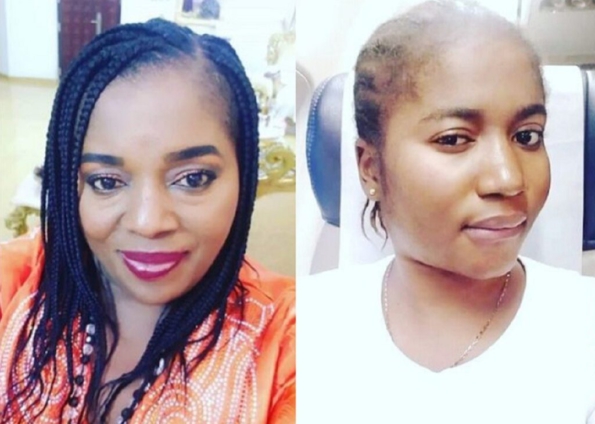 Nigerian comedienne Ada Jesus, born Mercy Cynthia Mmsoma Ginikachukwu, who had an issue with Nigerian actress Rita Edochie and prophet Chukwuemeka Odumejeje, has died after battling with a kidney ailment.

She allegedly suffered from the ailment after accusing the prophet and actress of performing fake miracles.

A video which shows the prophet and actress vowing never to forgive her until she provides evidence to back her allegations went viral and made headlines beyond Nigeria.

She was reported to have been rushed to an Abuja-based hospital after she suffered a cardiac arrest on Tuesday, April 20, 2021, but sadly passed a day after.

She started her comedy career by posting skits on Instagram in 2018 in her dialect.

In a viral video, she alleged that the Anambra-based prophet connived with Edochie to stage fake miracles.

However, months after she made the allegations, Ada Jesus was diagnosed with a kidney problem that left her incapacitated.

The actress claims Ada insulted her whole family and her great prophet.

“But if I did not, Ada will not get up from this sickness,” she told Ada’s husband who went to plead for forgiveness.

Parents of Ada were seen in tears begging Odumeje in front of his congregation but he dashed around in a fashion suggestive of a war commander who was hurt and wanted revenge.

Many Nigerians are angry at the verbal torture and arrogance of Odumeje and Edochie towards the comedienne who, did not have pity on the commedianne when she was paralysed and dying.

Meanwhile on Sunday, April 11, 2021, the actress, in a video released on Instagram revealed that she had forgiven Ada Jesus for spreading false allegations against her and Odumeje.

“I have forgiven Ada Jesus” – Rita Edochie responds to those asking her to show mercy after she vowed never to forgive the comedienne.

“Stop insulting men of God, particularly my man of God, Prophet Chukwuemeka Ohanemere Odumeje. Use him to respect me. He is good for me, that is why I am with him,” she stated.

“Stop mocking me because I am following Odumeje. Whatever anyone is comfortable with, let them do. I am comfortable staying with him. Look for a good place and stay,” Leave us alone, she said.

Catch more of such juicy gossip on Joy Prime’s Fresh Juice which airs from 4:30 pm – 5 pm every weekday with Mauvie the Motivator.