Adaklu MP raises concern over deployment of military during elections 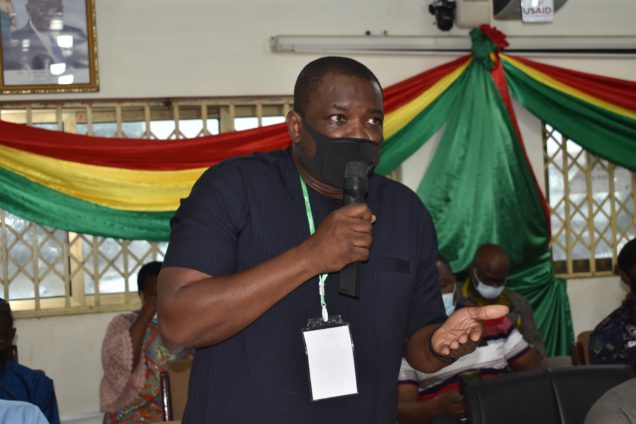 The Member of Parliament for Adaklu, Kwame Agbodza, has registered his displeasure at the spate at which military officials are deployed during elections in the country.

According to him the development if not curtailed would have a dent on the Ghana’s democratic rule.

He said that the Electoral Commission and the police, that are mandated institutions by the constitution to manage electoral processes in the country have exhibited their competence to undertake the task.

“It doesn’t speak well of us as a country, over decades of democracy and anytime we want to do elections, a small election this way, we deploy the military”, he lamented at the confirmation ceremony of the Adaklu District Chief Executive nominee, Phanuel Donkor Kadey.

He further indicated that the deployment of the military during elections “gives the impression that after all we want the military to be incahrge.”

“We either want a constitution government which is based on people voting superiors into office or we should say we want the military to take over”, he said.

The Volta Regional Minister, Dr. Archibald Letsa, explained the military was deployed based on intelligence gathered on some planned disturbances.

Few minutes into the voting process, an assembly member called for the exit of gun wielding police officers from the assembly hall.

“What are they protecting, what are they looking for? We want them out before we continue the vote” he exclaimed.

The Adaklu DCE nominee, Phanuel Donkor Kadey, was eventually rejected by the assembly with 47.4% of the members voting in his favour.

He, therefore, can not go through another confirmation process, according to the constitution, but may be renominated by the President.

Mr. Kadey is the immediate past Chief Executive, who served during the entire duration of the first term of the Akufo-Addo-led-government.