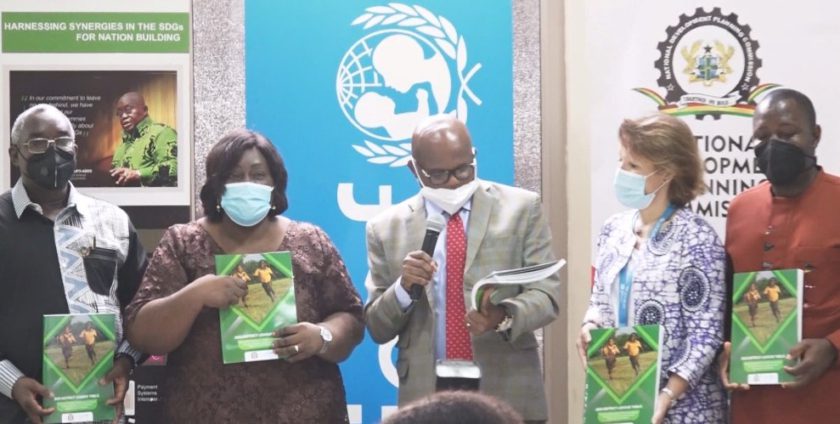 The 2020 District League Table (DLT), a ranking tool for assessing and tracking development in some 260 Metropolitan, Municipal and District Assemblies (MMDAs) in Ghana has been launched.

The 260 MMDAs were assessed in terms of citizens’ wellbeing using 17 indicators from five main sectors, including health, water and sanitation, Information and Communication Technology (ICT), education and governance.

Amid the outbreak of the coronavirus pandemic, some districts decided to rise above the odds to ensure they thoroughly implement all the plans they set out to achieve for their communities.

The report, which was put together by the National Development Planning Committee (NDPC), named the Adentan Municipality as the best performing district, followed by the Ga West and the Ayawaso West Municipalities.

The Ga West municipality was ranked first in the educational sector, whiles Ayawaso North ranked last in the same field.

Education was measured by the transition and completion rate of students.

Meanwhile, the Shai-Osudoku district in the Greater Accra region came top in the health sector with 77.44% while Ablekuma West Municipal scored the least mark of 3.98%.

Adentan municipality ranked number one with Chereponi district picking the last position in this field.

About 60 per cent of the top 10 ranked MMDAs in the water and sanitation sector are in the Greater Accra region.

For the Adentan municipality to be ranked as the highest in this sector indicates the importance of policies and interventions on service delivery since it was a district that suffered from water shortage few years ago.

Some of the indicators used were the percentage of schools with water and toilet facilities. In addition, the proportion of population with access to basic drinking water services and improved sanitation services were checked.

The research found that approximately, 90% of the top 10 MMDAs with access to computers and internet are in the Greater Accra region.

Ablekuma North municipality scored the highest with 94.70% and Mion district scored the least with 0.00%.

The Greater Accra came top followed by the Central, Ashanti, and Western and Western North regions.

The others are Bono, Volta, Eastern, Upper East, Ahafo, Bono East and Northern regions. The rest are the Upper West, Oti, Savannah and North East regions.

The various assemblies and other stakeholders are expected to use the rankings to mobilise resources for the development of lower-ranked or lagging districts to enhance equitable resource allocation.

DISCLAIMER: The Views, Comments, Opinions, Contributions and Statements made by Readers and Contributors on this platform do not necessarily represent the views or policy of Multimedia Group Limited.
Tags:
2020 District League Table
National Development Planning Commission (NDPC)