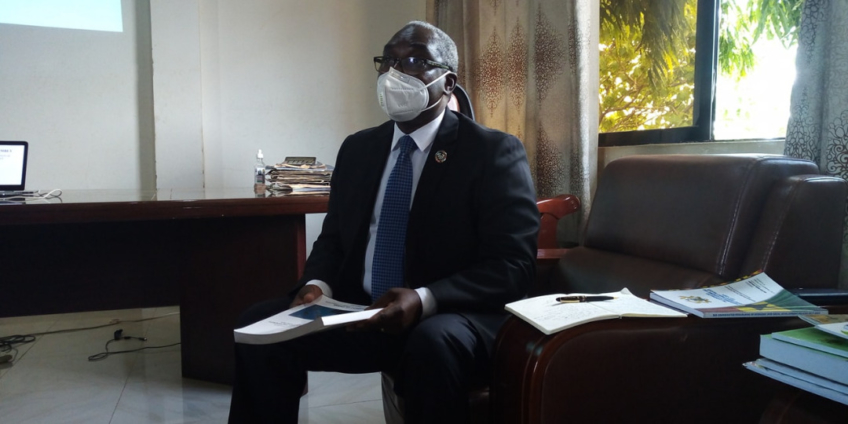 The Director General of the National Development Planning Commission (NDPC), Dr. Kojo Essiem Mensah-Abrampah, has expressed worry about the number of uncompleted, stalled and abandoned projects across the country, describing the phenomenon as a disservice to the people and a drain on the state’s resources.

He consequently emphasised the need for more engagement with the various stakeholders before initiating such projects so that value for money among other things could be achieved.

Dr. Mensah-Abrampah made the call at a meeting with Heads of Departments and Units of the Wenchi Municipal Assembly in the Bono region.

The meeting was aimed at educating the Heads of Departments and Units on the new scheme and process of national development as well as discuss the national policy of the country.

The Director General of the NDPC urged Metropolitan, Municipal and District Assemblies (MMDAs) to organize periodic public engagements and forums to sensitize and keep the public up to speed with government’s developmental projects and policies.

“The aim is to have a well-informed public that understands government’s developmental agenda and policy direction to address their peculiar needs and challenges,” he stated.

He advised MMDAs to create linkages between the human factor and the industrial economy which the NDPC seeks to achieve through stakeholder engagements to address inequality gaps.

According to him, it is the aim of the assembly to carry the people whose interest it serves along to increase public participation and inclusiveness to enhance socio-economic development.

He however entreated the public to show interest and participate in the activities, programmes and public events of the assembly and contribute meaningfully to government’s developmental goals and agenda.

The MCD for Wenchi further appealed to the public to always feel free and air out their grievances and views to be factored into policy formulation.

DISCLAIMER: The Views, Comments, Opinions, Contributions and Statements made by Readers and Contributors on this platform do not necessarily represent the views or policy of Multimedia Group Limited.
Tags:
abandoned projects
Dr. Kojo Essiem Mensah-Abrampah
National Development Planning Commission (NDPC)