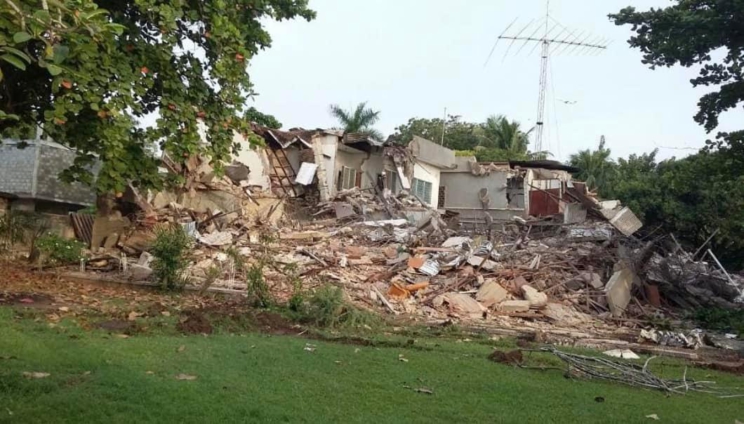 The Minority in Parliament has started pushing for a Parliamentary inquiry into the circumstances surrounding the demolition of the Bulgarian Embassy building, which took place in 2017.

They allege officials of the Embassy were thrown out of the building by land guards before the demolition, adding that there is currently a private development on the disputed land.

The Minority has also been pointing accusing fingers at a member of the National Development Planning Commission (NDPC) as being the mastermind behind the invasion and demolition of the Embassy.

In an interview with JoyNews on Tuesday, the Minority Spokesperson on Foreign Affairs, Samuel Okudzeto Ablakwa, indicated that the circumstances surrounding the demolition are bizarre; hence, the need to identify the conspirators and bring them to justice.

“From our unimpeachable investigation, it is clear that one Dr Yaw Adu-Ampomah, the former Deputy CEO of Cocobod who is currently the President’s appointee at the NDPC is the mastermind…he and his collaborators.

“We intend smoking them out. Ghana is not a banana republic. We are filing a motion for a probe; we want a full-scale parliamentary inquiry into the circumstances. How did he come by all those forged documents, where did he get the power from to violate the Vienna Convention to invade an embassy property, pull it down and reconstruct?”

“We want him to be surcharged. This time, we are not going to allow the Ghanaian taxpayer to be made to pay the compensation and the reconstruction, the rehabilitation for the Bulgarian,” he said.

In a Facebook post on Tuesday, March 15, the North Tongu MP described the demolition as as an aggressively mindless attack on the people of the European country.

He pointed at some personnel from the Cantonments Police Station, which he described as deviants for allegedly perpetrating the act.

He said the ‘mafia-style’ operation on the East Cantonment building is “even more shocking, exceedingly lawless, provocative.”

Attached to the Facebook post was a series of correspondence between the Embassy, the Foreign Affairs Ministry, and the Lands Commission concerning the restoration and affirmation efforts of the Embassy by Bulgarian authorities.

But the acting Greater Accra Region Lands Officer for the Lands Commission, Timothy Anyidoho, says it will stop the ongoing development on the land after affirming that the Bulgarian Embassy have a legal lease for the land which will expire in 2033.

“The Ministry of Lands and Natural Resources is investigating. There was notice posted on the site this morning [yesterday] in recognition of the Bulgarian Embassy’s interest and to give a notice to the developer.

“We believe that the notice for the developer to stop developing would be carried out and ensure that that notice is complied with. It’s a matter before Parliament and the Minister will be there to deal with them,” he said.

Back in 2020, armed men reportedly stormed the compound of the Nigerian High Commission compound in Accra and destroyed some buildings under construction.

This was after a businessman claimed that he owned the land where the building was being put up.

This sparked a row between the two countries, and President Akufo-Addo had to apologise for the unfortunate development.

Mr Ablakwa lamented a similar incident inflicted on the Nigerian Embassy in 2020, which according to him, more or less ruined the neighbourly relationship between that country and Ghana.

He went further to disclose that, to appease the Nigerian authorities, the Ghanaian taxpayer is currently funding the reconstruction of the Nigerian Embassy.