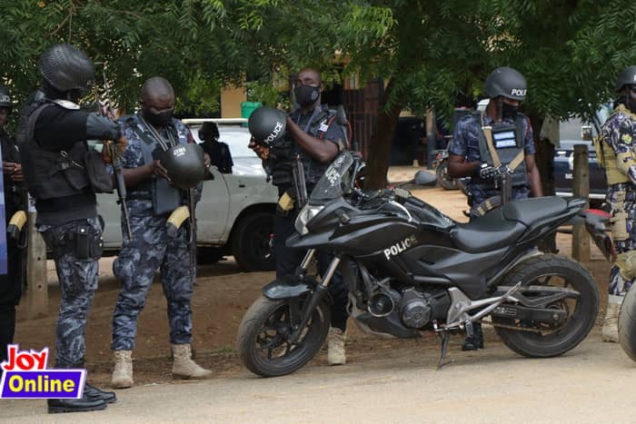 When this Togoland issue started, some of us within the security space did not spare any moment or mince words, raising serious concerns about their activities and the existential threat they posed to the security of Ghana.

Unfortunately, over the past few years, they have become more audacious and brazen and we can only expect more. They are able to make strong political statements and control the narrative.

They seem to be succeeding in bullying the government into submission. They have succeeded in disrupting lives and holding the nation hostage. Soon, we might go beyond condemning their actions by asking them what their demands are. With a heavy heart, I predict they might start targeting critical infrastructure.

They have the capacity and geographical advantage (forest cover and international border) to engage in an assymetrical warfare that could be hard to win.

We ignored the early warning signs and thought this was all a joke. We arrest and release, re-arrest and release again. Despite the presence of intelligence officers, they have largely failed to gather actionable intel in real-time.

Going forward, the over 100 kilometer Accra – Atimpoku – Juapong stretch is very crucial and needs permanent detachment stationed within that enclave. The Adome bridge and the dam are high-value targets that we cannot trade-off.

Let us invest in human security because largely, these secessionists have some level of Community support.

Let us collaborate more effectively with Togolese authorities so the group doesnt engage in cross border activities and the trafficking of weapons to oil their seeming war machine.

DISCLAIMER: The Views, Comments, Opinions, Contributions and Statements made by Readers and Contributors on this platform do not necessarily represent the views or policy of Multimedia Group Limited.
Tags:
Adib Saani
National Security Minister
Western Togoland Secessionist