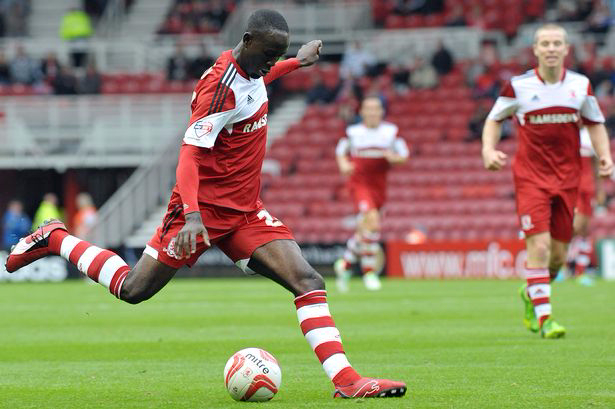 Albert Adomah's dream to be an English Premiership player is alive with his Middlesbrough side's latest win.

The Black Star has been integral in his team's 40 games this season which has seen them clock 75 points, one more than closest rival AFC Bournemouth.

Middlesbrough beat Wigan Athletic 1-0 on Good Friday while Bournemouth could only draw 1-1 with Ipswich Town to give Adomah's side even more impetus.

Adomah got 90 minutes on the day in what has been a consistent season. He has started in 34 of the 37 games he has played this season for the Smoggies.

Head coach Aitor Karanka has been a big fan of the winger, with the Spaniard regularly complimenting Adomah on his performances.

Though his goal return this season – five – has not been as many as the 12 he got last term, Karanka's emphasis on using the Ghanaian's speed for the team has been a key strategy.

"We are focused on every game and won't be drawn into thinking of promotion or first place yet," Karanka cautioned.

Adomah is likely to start in his side's next game with Watford on Monday.