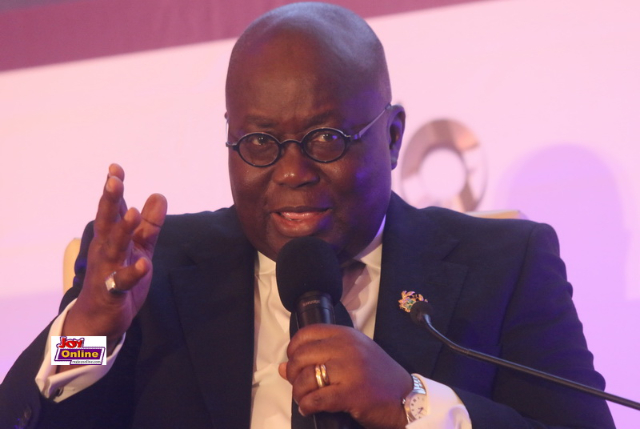 Founder and President of the Concerned Voters Movement (CVM), Mr Razak Opoku, has said the ‘Ghana Beyond Aid’ agenda envisioned by President Nana Addo Dankwa Akufo-Addo is a complete package aimed at propelling Ghana to become the beacon of economic liberty in Africa.

He said the Akufo-Addo’s Government took a lot of pragmatic steps and innovative solutions to make the push for the ‘Ghana Beyond Aid’ agenda.

“So far so good, the New Patriotic Party (NPP) government led by President Addo Dankwa Akufo-Addo has been very good at ensuring that most of the programmes implemented serve as the backbone to the achievement of Ghana Beyond Aid,” a statement issued by the President said.

The statement listed Excellent Public Corporate Governance Systems, Control of Wastage of Resources, Auditing of Government Contracts, Leveraging Technology to Achieve Economic Transformation, Sustainable Economic and Financial System and Industrialisation and Agriculture as some of the programmes implemented as a backbone to the ‘Ghana Beyond Aid’ achievement.

It said due to the strict adherence to compliance and excellent public corporate governance systems instituted by President Akufo-Addo’s government, it was extremely difficult for appointees to amass wealth, misapply and misappropriate public funds and undermine procurement procedures.

The statement said, the excellent public corporate governance systems under the NPP government easily exposed appointees, and immediately necessary actions were taken by President Akufo-Addo to deal with such cases.

It noted that in spite of the noise by the opposition on issues of corruption, they were unable to substantiate their corrupt allegations against the NPP government.

The statement said the setting up of the Office of Special Prosecutor by President Akufo-Addo was aimed at dealing with politically related corrupt cases, though the public was dissatisfied with the performance of the Special Prosecutor so far, investigations were underway to bring both previous and current appointees with corruption allegations to book in accordance with the law.

The CVM Founder in the statement said, the contract auditing model of President Akufo-Addo’s government recently exposed the lapses in the PDS contract which and necessary actions were being taken to address .

It said President Akufo-Addo’s government was committed to building a vibrant digital economy through technology and that under this initiative, the Ghanaian economy was on course to becoming a world-class digital economy with robust and accurate Data for planning, integration, tracking, monitoring and compliance.

The statement added that the Private Sector led E-kiosk Business Model in partnership with the National Lottery Authority and interoperability between banking and mobile payments were all aimed at achieving a cash-lite society to improve revenue mobilization for national development.

“The recent clean-up exercise of the banking and specialized deposit-taking and non-banking financial institutions by President Akufo-Addo’s government has helped to save monies, funds and lifetime investments of millions of depositors, private companies and investors across the country.”

It said all the initiatives were aimed at creating jobs for Ghanaians and raising substantial revenue for economic self-reliance and sufficiency.

“Again, the signing of the Continental Free Trade Area, the largest trade agreement since the establishment of the World Trade Organization, and Ghana being the host of the Secretariat, is a major step of achieving Ghana Beyond Aid”.

The CVM statement added that ‘Ghana Beyond Corruption’ was a subset of Ghana Beyond Aid, which was a complete package that covered fight against corruption and the NPP’s continuous stay in power, there would be no need to seek financial assistance from donor partners in future.

DISCLAIMER: The Views, Comments, Opinions, Contributions and Statements made by Readers and Contributors on this platform do not necessarily represent the views or policy of Multimedia Group Limited.
Tags:
Ghana Beyond Aid