AfCFTA will only succeed if RECs and protocols are addressed - Wendell Addy - MyJoyOnline.com 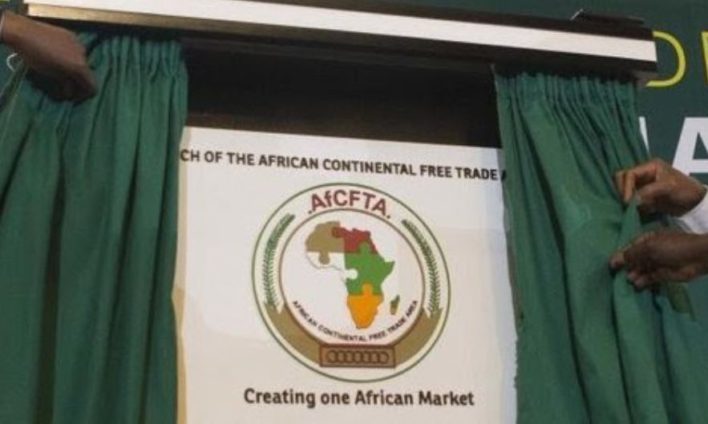 The Chairperson for the Africa Private Sector Summit  (APSS), Mr J Wendell Addy has says the African Continental Free Trade Area (AfCFTA) will only succeed if the Regional Economic Commissions (RECs) and AfCFTA protocols are addressed.

He said it was important the AfCFTA Secretariat successfully implements these protocols signed by the Heads of State at the Regional and Continental levels.

Mr Addy made these remarks at a press conference to end the four days APSS summit held in Accra.

The Summit was on the theme: “Awakening Africa’s Sleeping Giants in Implementation of RECs and AfCFTA – Leveraging Strategic Opportunities for Africa’s Turnaround.”

It was to provide a high-level platform for industry giants, policy makers, the public sector, entrepreneurs and CEO across the continent of Africa to deliberate on topical issues.

The Chairperson said if the Continent truly wanted AfCFTA to succeed then the business community must have an engaging environment.

“They should engage in areas like infrastructural development on the continent and the issue of common currency,” he added.

Mr Addy explained that the issue of common currency should now move from been a political game to a continental game, where the game must be won by the continent.

He said, “we cannot continue to function the way we have done over the years and expect a different results.”
He said the governments must be decisive in concluding  and understanding of the Regional currencies or common currencies.

Mr Clement Osei-Amoako, the President of the Ghana National Chamber of Commerce and Industry, said until Africans come together “we cannot get to the destination of transforming trade facilitation on the continent.”

He said there are a lot of resources available that must be tapped to move ahead for the transformation of the continent.

The President said AfCFTA would bring about industrialisation and raw materials needed to drive that and urged the Africa Continent to identify some key raw materials produced within.

He said every country on the continent would have to identify its contributions to the realization of the AfCFTA objectives.

“Areas considered for deliberations include infrastructural development and transportation, ” he added.

Mr Osei-Amoako said after the summit, there would be the establishment of a monitoring team to monitor key issues identified to ensure that those actionable items were achieved.

He said the Chamber was committed to favourable collaboration with  organisations interested in the fortunes of the Continent.