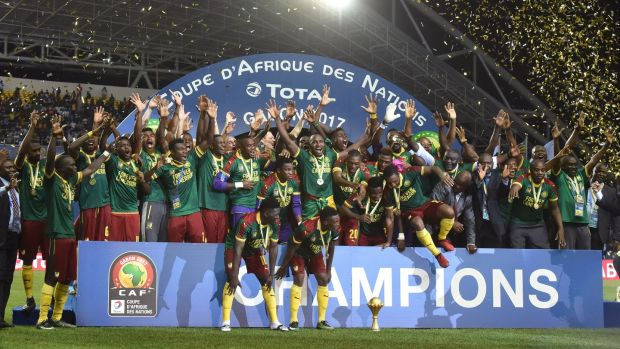 Cameroon is the second most successful nation in the Africa Cup of Nations after Egypt. The Indomitable Lions made their debut at the tournament in 1970 in Sudan and have registered a total of 19 appearances.

They’re aiming for a back-to-back AFCON win for the second time, after achieving the feat in 1984, and ’86.

The team is currently coached by Clarence Seedorf who was appointed in August 2018. This will be the first tournament for the Dutchman. Before the 2017 success, Cameroon had gone through a period of deep division and off-field drama. Things are better this time, perhaps have a few more game-changing individuals.

The Indomitable Lions won the last edition without Andre Onana, Guy Roland Ndy Assembe, Allan Nyom, Maxime Poundje, Andre-Frank Zambo Anguissa  and Ibrahim Amadou. That’s why then manager Hugo Broos was praised for achieving with a younger and less fancied side and without the service of a number of foreign-based players.

These players refused call-ups from Broos, preferring to serve their respective clubs. Seedorf has shown similar cojones as Broos, by axing Benjamin Moukandjo. But he’s always said that the stay-away duo of Joel Matip and Nicolas Nkoulou wouldn’t be begged to return, but that he wouldn’t shut the door on them either. For now, they all aren’t part of the squad.

Another burning issue for Seedorf is the captaincy, with the armband being rotated among several candidates during his tenure to date. In Vincent Aboubakar’s absence the Lions would have loved to fall on Ntep de Madiba (Wolfsburg) but he’s been dropped from the final team. The attack doesn’t look sharp, especially with the knee injury-enforced omission of Vincent Aboubakar, who scored the championship winning goal in 2017.

Despite netting his first-ever goal for Cameroon in an 11-0 pre-AFCON friendly win over Alcorcon, Ntep also failed to convince Seedorf.

Cameroon finished second behind Morocco in Group B of the qualification campaign. The Indomitable Lions defeated the Atlas Lions 1-0 in a tight opening group game before drawing 1-1 away to Comoros. Then there was a 1-0 win at home to Malawi before drawing 0-0 away. They finished the campaign with a 2-0 defeat in Casablanca against Morocco and a 3-0 win at home vs Comoros.

Who’s in their group?

The 42-year-old Seedorf took on his first international coaching job after spending three months in charge of Deportivo La Coruña. As a player, he was one of Europe’s most complete midfielders, noted for an excellent physical regimen that gave him longevity.

André Onana is one of the breakout stars of this season. The goalkeeper of Ajax reached the semi-final of the Champions League and won the Eredivisie, as well as the Dutch cup. He missed just three out of the 58 games of Ajax in this campaign. His positioning, saves and passing are a great deal for Cameroon.

A group having Ghana, Guinea-Bissau and Benin should not be too unfriendly for the defending champs. After going into the round of 16,it gets dicey. A quarter-final, at most.