AFCON 2019 draw: Does it matter what pot your country gets? 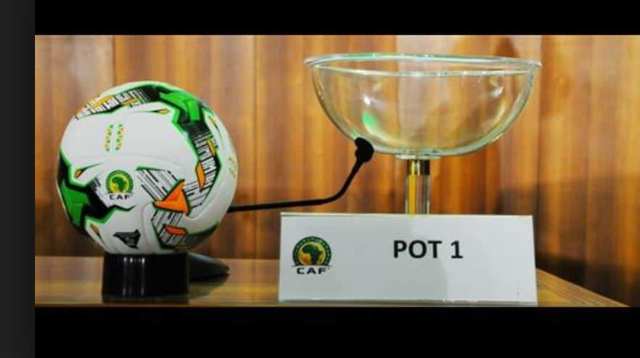 Ah, we get to hear the frayed phrase ‘luck of the draw’ once more when the Confederation of African Football (CAF) conducts the ritual for the 2019 African Cup of Nations on Friday evening.

CAF said its Executive Committee at a meeting on Thursday approved the draw procedure for the tournament slated for June. The procedure was proposed by the Organising Committee at its meeting 24-hours earlier.

The pots and seedings of the 24 qualified teams were decided based on the latest FIFA World rankings (released 4 April 2019). This was a departure from the norm of using the previous AFCON form to seed. We can debate the politics, merits and demerits of the Fifa ranking vs CAF ranking another time.

For now, here’s what we know.

Does your country’s pot matter?

It is true that no team has ever lost a match because of its Fifa ranking, however a mismatch of that ranking means that a team can begin a match with a considerable advantage. In tournament situations such as the AFCON, that advantage is usually marginal, but telling.

The last time the Black Stars were NOT seeded, in 2010, they also reached final. It can even be argued that in that Angola edition, the team played with a group that were not expected to even make the semis. This suggests, at least per this example, that pots do not mean much. Right?

And yet, they do.

Generally, from history, it easier for a seeded team (in pot 1) to get an easier draw than being in pot 2. Statistically speaking, there is a bigger chance that one of the top seeds will be grouped with the teams considered by Fifa’s ranking to be the world’s 25th, 32nd and 40th best (so with an average Fifa ranking of 32), while another in pot 2 could get teams ranked 12th, 18th and 20th (an average Fifa ranking of 17).

The latter team, on paper, will be left with more to worry about. On paper.

On a continent like Africa, a pot can determine if your national team is based in a big metropolis like Cairo, or a rural venue where a newly-built stadium sticks out in the middle of a forest, as Oyem was in Gabon’s 2017 edition. Being based in a big city for your group games may mean easier access for fans, who can get financially favourable flights to come over and support. Get thrown in the hinterlands and you’ll have just a small presence.

Hotel standards, ambience, ease of communication (trust me, some AFCON venues in recent years have been known to have crackly phone reception, just a few fax machines and other vital comms gear).

How do you deal with a draw?

For this, Cote d’Ivoire can give the best answer.

They have been in every AFCON since 2006, when a chap called Didier Drogba turned up. They announced their power with a runners-up finish, and since then, the Elephants always come in as favorites. Mostly, they’ve underwhelmed (fourth in 2008, quarterfinalists in 2010 and 2013), or come very close (runners-up in 2012). Or, they’ve won the damned thing (2015).

Gervinho, a veteran of this team, has always got a simple take. “I get bored with the same questions every time”, he told RFI before the 2017 draw. “After being part of the AFCON for so long, I think every country just needs to forget about whether you are favorite or not. I think you should get mentally ready and play. That’s it.”

See the draw as a guide, and be optimistic. You may be a just a fourth timer like Benin, and could get Cameroon, Mali and Zimbabwe in the draw. But here’s the thing: one the eve of the tournament Cameroon’s sports minister will decide not to pay bonuses, and Mali’s kits would not have arrived on time. And, to complete your luck, Zimbabwean players will announce a boycott because Knowledge Musona has been stripped off the captaincy after it was revealed he intends to marry the coach’s only daughter.

Yep. That’s how quickly things can flip around here.

Now that we’ve established that draws mean a lot, but can mean very little, let’s ask the obvious question: who is the favorite to win?

Gervinho doesn’t like this question, but journalists have to get soundbites, don’t we?

“That is a difficult one because there are so many good teams these days – it’s very difficult to choose the eventual winner,” former Ghana star Michael Essien says.

“You cannot rule out the North African teams, especially the host nation Egypt with Mohamed Salah. Then Ghana and the West Africans like Nigeria, Senegal, Cameroon are all strong teams, so the winner could come from there.

“It’s too close to call, so may the best side win,” he told Goal.

In every tournament, the seeded sides are always in the mix, but we’ve had the occasional dark horse too. The most recent example is Zambia in 2012, when they won after having been third in Pot 2 of the draw.

In the end, planning in advance will get any team a long way. Avoid the drama of player bonuses, chaotic flight plans, and disruptive star players. That’s a good way to not mind what the draw in Cairo on Friday night (1900 GMT) brings.