Afghanistan: US under pressure over evacuation deadline 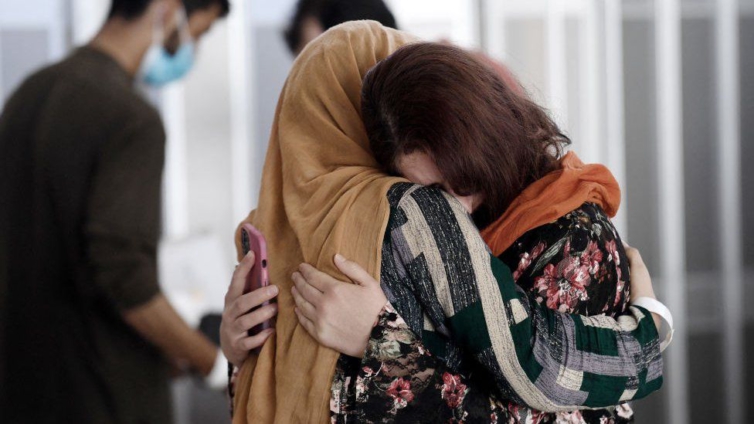 Afghan refugees have been arriving in the US

The United States of America is being pressed to allow more time for evacuation from Taliban-controlled Afghanistan as the deadline for its withdrawal nears.

Under an agreement with the Taliban, the US must leave by August 31, this year.

But France, the UK and Germany all raised the possibility of allowing more time ahead of a summit on Tuesday.

US President Joe Biden is set to decide within the next 24 hours whether to extend the timeline for withdrawal, an official told Reuters news agency.

However, the Taliban have told the BBC that any extension would violate the agreed deal and warned of consequences if forces remained.

Tens of thousands of people have been evacuated from the Afghan capital Kabul, but others seeking to flee remain crammed in or near the city’s airport, which is guarded by US forces and their allies.

Thousands of people, foreign nationals and Afghans, continue to throng the gates of the airport.

Amidst the crowds, even those with the right permits aren’t able to get through. Some have been waiting there for days, with little shelter or food.

At least 20 have been killed in shootings and stampedes at the airport since last week. More than 10,000 were evacuated on Monday, but time is running out.

The Taliban have said that if foreign forces stay beyond the end of August it would be considered a violation. Many are hoping President Biden will announce an extension of the deadline.

Elsewhere in the country, the BBC has spoken to people who have been in hiding out of fear they will be killed by the Taliban. They say they don’t have the means to leave.

There are millions in Afghanistan who support the insurgent group as well, hoping they will bring an end to the violence.

The Taliban have been holding discussions on forming a government. Markets and workplaces are slowly opening up. But banks are still closed and fewer women are visible on the streets.

Many of the people fleeing, particularly those who worked with foreign forces, live in fear of reprisals from a group that imposed a harsh version of Islamic law when in power from 1996 to 2001.

France’s Foreign Minister Jean-Yves Le Drian told reporters in the UAE: “We are concerned about the deadline set by the United States on August 31. Additional time is needed to complete ongoing operations.”

Germany’s Foreign Minister Heiko Maas said he had discussed keeping Kabul airport open beyond the deadline with Nato allies and the Taliban.

On Tuesday, UK Prime Minister Boris Johnson is expected to push the US for an extension during the virtual summit with other G7 leaders. Defence Secretary Ben Wallace said the prime minister was “going to try and raise the prospect of seeing if the United States will extend” its withdrawal.

The UK has said that any foreign military presence at Kabul airport cannot continue without US troops.