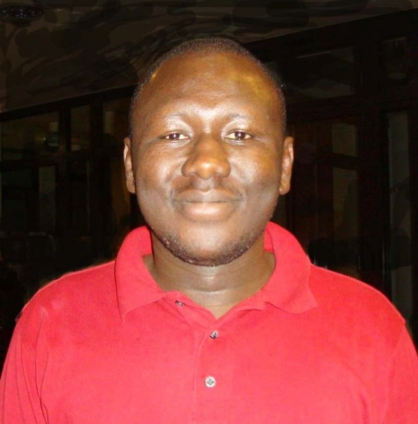 A research fellow at the Department of Peace Studies at the University of Cape Coast, has urged African leaders to take a second look at the ” Western Majoritarian Democracy” in order to end military takeover of governments.

“It is not responding to the needs of the people, and, I think a better option could be ‘Consensus-based Democracy,’ where the Majority and Minority agree on issues for the common good of society,” he said.

Dr Kaderi Noagah Bukari, who is also a lecturer at the School for Development Studies of the UCC, was commenting on the Sunday, September 5, military takeover in Guinea, in an interview with the Ghana News Agency.

He said the coup d’état in Guinea was unacceptable, though expected.

This is because the governance system Is not addressing the needs of the people.

The Economic Community of West African States (ECOWAS), African Union, the United Nations Secretary-General, and some Western countries have condemned the coup and asked for immediate return to democratic rule.

Dr. Bukari, explained that a “Consensus-Based-Democracy” would promote a win-win situation and present a bipartisan approach to addressing issues of unemployment and corruption.

“The worse democracy is better than the best coup; but if our leaders and politicians refuse to work together to solve the needs of the people, we will have more coups because the signs are all over and the whole place will become a fertile ground for terrorists,” he emphasised.

“Our people must be involved and must benefit from the democracy we choose,” he said.

Professor Emmanuel Kwesi Aning, the Director of the Faculty of Academic Affairs at the Kofi Annan International Peacekeeping Training Centre (KAIPTC) has also said the Guinean coup was predictable because of the issues of “corruption, exclusive use of state money” and the amendment of the Constitution against the will of the people.

Prof Aning said the Military had between six and 12 months to demonstrate it could use state resources to promote social welfare to change the negative narrative.

The soldiers, led by a former French Legionnaire, Lieutenant Colonel Mamady Doumbouya, announced that they had seized power, arrested the 83-year-old President Conde, and suspended the Constitution of the West African nation.

They appeared on national television, with some draped in the red, gold, and green flag of Guinea, to announce that the Government had been dissolved because of unbridled corruption.

He stated, “Guineans, dear Compatriots. The socio-economic and political situation, malfunctioning of state institutions, the curtailment of citizens’ rights, disrespect for democratic principles, political maladministration by government have compelled the National Committee of Reconciliation and Development to respond, and the entire nation to respond to the responsibilities to the sovereign people of Guinea.

“We have decided to dissolve the Constitution, institutions, and the Government, after taking hold of the President. Land and aerial borders are closed. We entreat you to remain calm and ask all security personnel to remain at the post.”

Those behind the coup said that all land and air borders had been closed for a week.

However, according to a BBC report, the Defence Ministry said forces loyal to the President had “contained the threat and repelled the group of assailants”.

Earlier, the only bridge connecting the mainland to the Kaloum peninsular, which houses most Ministries and the Presidential Palace, was sealed off while many soldiers, some heavily armed, were posted around the Palace, a military source told Reuters news agency.

There are unconfirmed reports that three soldiers have been killed.

The Military is said to have replaced all Ministers with Military Commanders and asked civil servants to report to work last Monday.

President Condé was re-elected for a controversial third term in office amid violent protests last year.

The veteran opposition leader was first elected in 2010 in the country’s first democratic transfer of power.

Despite overseeing some economic progress, he had been accused of presiding over numerous human rights abuses and harassment of his critics, the BBC said.