Agyapa deal is clean and will inject liquidity into economy – Ofori-Atta - MyJoyOnline.com 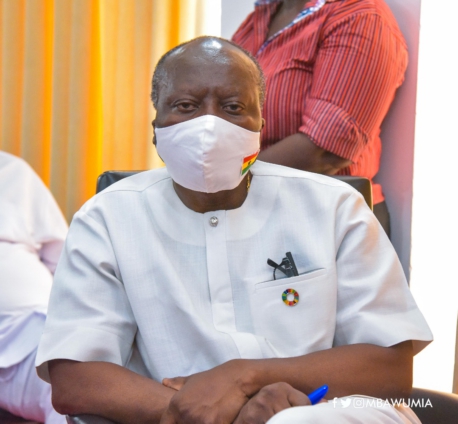 Finance Minister Designate, Ken Ofori Atta has re-emphasized government’s position to resubmit the Agyapa Royalties transaction to parliament for scrutiny and approval as stated by President Akufo-Addo in his State of the Nation Address.

According to him, the Agyapa deal is clean and will inject equity capital into the economy which has been heavily impacted by covid-19 pandemic.

Taking his turn at the Parliamentary Vetting, Mr. Ofori-Atta said the Agyapa deal is the best way to go to help support the economy financially after it has been saddled with debt.

“I think one thing I need to note is truly the basis of that transactions was an act that was passed which was thoroughly debated, and we did not really move away from any rebate of that act. I think it is all of us looking at the state of the economy with a new normal, which seems to be global, with regards to debt and, we looking to inject liquidity into the way in which the country grows”.

Continuing, Mr. Ofori-Atta who is the first Finance Minister to be nominated for the same role for the second term said “I think, really, there’s quite a bit of cynicism about that transaction [Agyapa Royalties] and for me, for the house [Parliament], for such a report to be put out in the public without us or myself, as Minister of Finance having a chance to discuss it, I think it’s a disservice to our democracy and that is such a fundamental right that I think we, all, as a people, should be careful about such things”.

“And, so, the speculative issues and the risk associated with most transactions, discussions by resubmitting to parliament, will enable us to work those things out”, he pointed out.

Last year, parliament in line with the Minerals Income Investment Fund (MIIF) Act, 2018 (Act 978), approved agreements to allow the country to derive maximum value from its mineral resources and monetise its mineral income, accruing to the country in a sustainable and responsible manner.

The move gave Agyapa Royalties Limited the right to secure about $1.0 billion to enable the government finance large infrastructural projects.

However, the Office of the Special Prosecutor released a damning report about the transaction, prompting its withdrawal from Parliament.

Parts of the OSP’s report said the Transaction Advisor(s) involved in the deal were susceptible to “nepotism, cronyism and favouritism”.

In his view, the report of the Office of the Special Prosecutor could have been balanced.

“We should also note beyond that and the reason I brought the Act out because the Act was well-debated and put into motion. I think risks are part of every investment that you make and parliament gives me the onus, mandate to go and raise bonds – $2 billion, $3 billion with all sorts of risks – and, so far, these three years, we have brought the best pricing under what comparable countries could enjoy”, Mr. Ofori-Atta expressed worry.