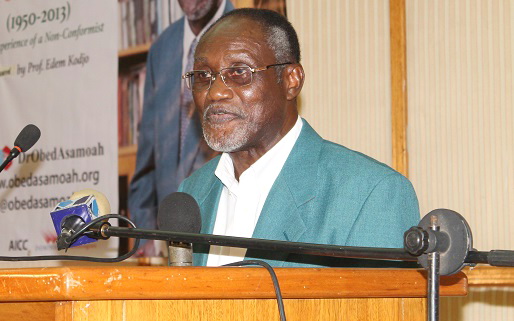 According to him, the Special Prosecutor Martin Amidu does not have the requisite evidence to prosecute the NDC Presidential candidate.

“The question is, would you have the evidence to be able to prosecute him right now? You can’t. You can only get the evidence from the British fraud office. And they won’t tell you that. So it’s going to be very difficult to prove your case. And that, I think, is the problem of Martin I’m sure,” he said.

His comment follows a claim by Mr Amidu that Mr Mahama is the mysterious ‘Government Official 1’ in the Airbus Scandal.

After his Corruption Risk Assessment report of the controversial Agyapa Royalties deal, the Special Prosecutor mentioned that he has identified the former President as ‘Government Official 1.’

He added that his office is not interrogating Mr Mahama because he is the Presidential candidate of the biggest opposition party in the country in the upcoming elections.

Speaking to JoyNews‘ Benjamin Akakpo on Monday, Obed Asamoah explained that “there isn’t any specific mention of him – John Mahama – although if you read the report, it kind of points at him.”

He, however, admitted the the NDC cannot “escape responsibility for it.”