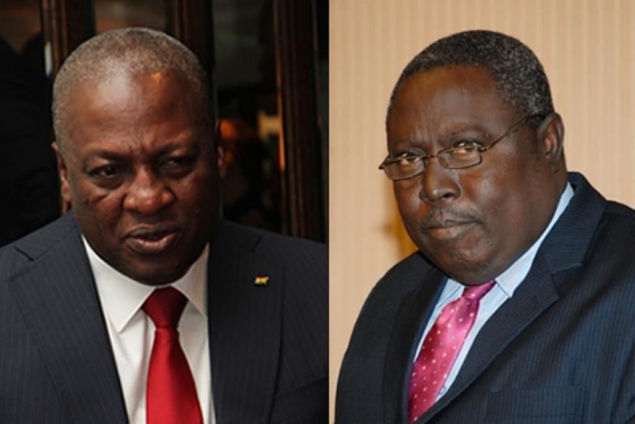 Alliance for Social Equity and Public Accountability (ASEPA) has called on the Office of the Special Prosecutor (OSP) to proceed with investigations into the Airbus scandal as is mandated by law.

“There is no law in our constitution that bars the Special Prosecutor from investigating and prosecuting anybody because they are contesting an election.

“There’s no provision in the Special Prosecutor’s Act that hinders anybody from being prosecuted because they are contesting the election,” he stated.

As part of a Corruption Risk Assessment Mr Amidu submitted to the President on the Agyapa Royalties Agreement, the former Attorney-General said he would have interrogated NDC’s presidential candidate John Mahama if not for the upcoming elections.

Mr Amidu disclosed that the former President is the mysterious ‘Government Official 1’ whose “brother is Samuel Adam Mahama” in the Airbus scandal.

But ASEPA finds Mr Amidu’s reason for holding back on the interrogation is as ridiculous.

“But for the Special Prosecutor to come out and tell us that because this person, he has identified as ‘Government Official 1’ in the Airbus scandal is contesting an election and so his outfit has deferred the investigation and prosecution 2021 is unfounded,” he said.

ASEPA also expressed its dissatisfaction with Mr Amidu for putting both the Agyapa deal and the Airbus scandal into one report instead of treating them as separate cases.

This the Alliance said shows the incompetence of the Special Prosecutor.

“Recently, Mr. Amidu submitted a report on Agyapa transaction to the President, in that report he saw the need to insert a report on the Airbus scandal which he is also investigating, these reports are two different cases, so on what bases will Mr. Martin Amidu insert the report of the Airbus scandal in the Corruption Risk Assessment report?

“As a concerned society organization, we will like you to ponder why the Special Prosecutor will capture in that same report that the former president, John Mahama should be exempted from corruption allegation because he is a political candidate for a major party,” he said.

According to Mr Thompson, the OSP’s mandate is to fight corruption, as such, Mr Mahama should not be excluded from the Airbus investigations if he is found guilty.