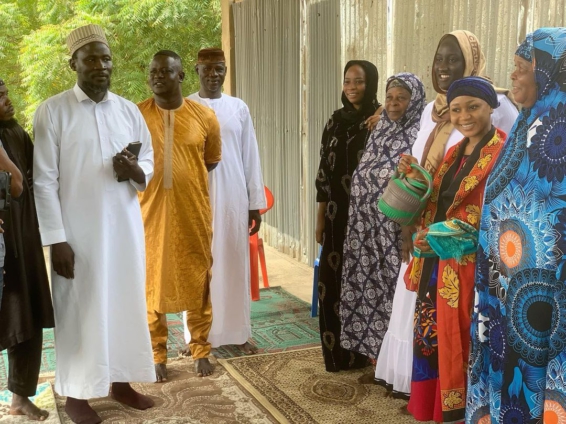 Actress Akuapem Poloo has taken her followers on social media by surprise after announcing a change in religious affiliation.

The actress took to her Instagram page to reveal that she has converted from Christianity to Islam.

Akuapem Poloo’s post came with some pictures of her with some persons who seemingly helped her with her journey.

She was seen with her hair covered wearing a loose fitting dress while holding an ablution kettle and a prayer mat.

“Alhamdulillah full Muslim now. Thanks to the Deputy Imam of ASWAJ Ga West and Cheif Imam on Nsakina Quran Reciter and his board for assisting in this,” the actress wrote.

Akuapem Poloo, however, did not give reasons why she decided to make that life-altering decision.

In another post, the actress and social media personality thanked veteran actress Kalsoume Sinare, who is a Muslim, for her support.

“Sometimes you just have to overlook somethings and focus on your life yeah let them think what they want. You just do what you want. Just make sure what you do pleases ALLAH 🙏🙌,” she wrote.