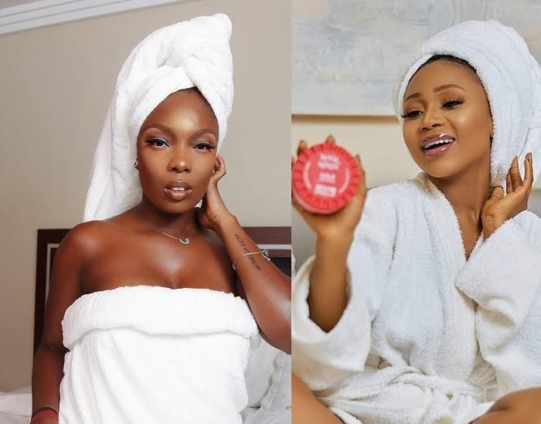 Ghanaian musician, Feli Nuna has been in the new for the past couple of days.

On May 11, 2022, the talented singer released a new song titled “Towel,” which was produced by Shawerz Ebiem and filmed and directed by R.Dee.

Last Saturday, the Off Da Ground signee introduced a new challenge to accompany her song.

Many Ghanaians jumped into the challenge while wearing their towels, setting social media ablaze.

In a new video shared online, award-winning actress Akuapem Poloo was seen wearing a white towel and joining the trend.

Feli Nuna’s towel song is all about taking care of oneself. Self-care is defined as an individual’s, family’s, or community’s ability to promote health, prevent disease, and maintain health by eating well and engaging in stress-relieving activities.