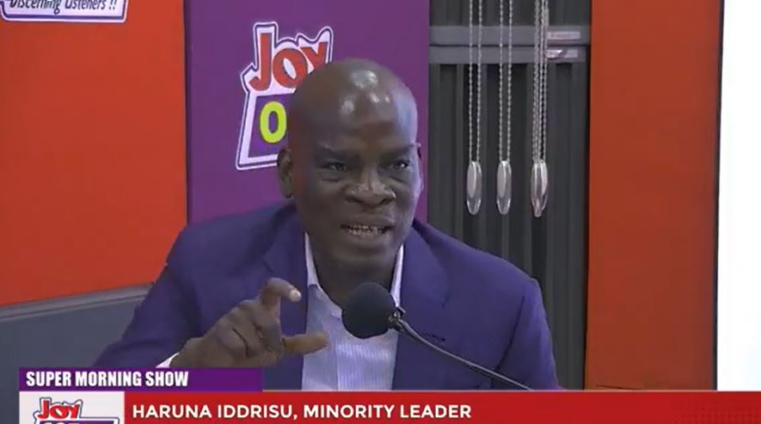 The Minority Leader in Parliament, Haruna Iddrisu, says President Akufo-Addo failed to take and accept responsibility for the economic mess he has created when he addressed the country on Sunday.

“He appeared as if he’s still on a campaign platform,” he said in an interview on Joy FM’s Super Morning Show, adding that the president was only interested in a manipulation tactic to only blame others or external factors for Ghana’s current economic woes.

The Tamale South legislator argued that Mr Akufo-Addo should have admitted that he has borrowed excessively and misled the country than trying to yet again dodge accountability.

According to him, the Ghanaian economy is now a “trash and I believe that the President failed to radiate hope and he failed to provide concrete solutions to the urgent economic crises facing our country.”

Among other crunch issues hitting the economy, he noted that inflation has eaten away people’s income, purchasing power and real income of salaried workers and civil workers are both gone.

“It was more or less a mini 2023 budget statement that the president read without any concrete [solutions]. Cleverly, he goes to say greatest threat of unemployment in peace time then he wades into the world. No, he must stay in Ghana when he says 100 million people are being pushed into extreme poverty.

Meanwhile, President Akufo-Addo has hinted at possibly securing a deal with the International Monetary Fund (IMF) by the end of the year.

According to him, the country is likely to arrive at an agreement by December to get the crucial bailout it seeks.

He believes this will help “repair the short term of public finances and restore our balance of payment while we continue to work on the medium to long term structural changes that are at the heart of our goal of constructing a resilient robust Ghanaian economy and building a Ghana Beyond Aid.”

Amidst the general economic difficulties facing Ghanaians, the President in an address to the nation on Sunday insisted that the government is committed to ensuring that the economy is back on track.

“We are working towards securing a deal with the IMF by the end of the year,” he said on Sunday.

“This will give further credence to the measures Government is taking to stabilize and grow the economy, as well as shore up our currency.”

DISCLAIMER: The Views, Comments, Opinions, Contributions and Statements made by Readers and Contributors on this platform do not necessarily represent the views or policy of Multimedia Group Limited.
Tags:
Haruna Iddrisu
President Akufo-Addo