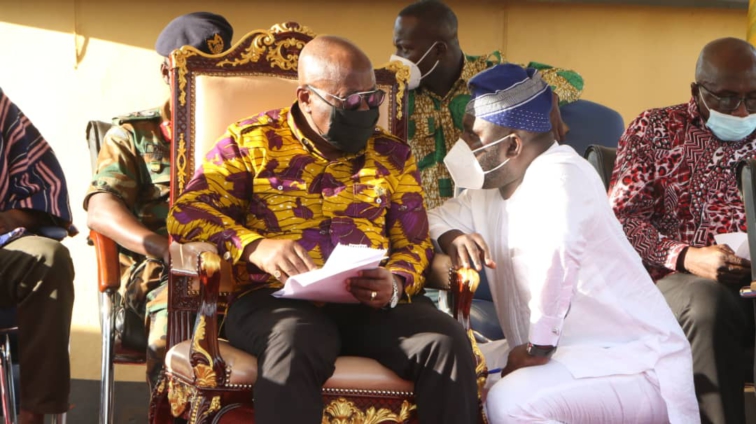 President Nana Akufo-Addo has hinted about the possibility of appointing the Member of Parliament for Yendi, Alhaji Farouk Aliu Mahama as Board Chairman for Ghana Integrated Iron and Steel Development Corporation (GIISDEC).

He said the Yendi MP will replace the late Chairman of the Board, Prince Imoro Andani. If appointed, Alhaji Farouk Aliu Mahama will be expected to continue an initiative the former started in his first term. That is, to explore, develop and transform the mineral development of the country, especially, the iron ore in Sheini.

The President was speaking at the Gbewaa Palace on the first day of his two-day working visit to the Northern Region.

President Akufo-Addo assured Yaa Naa Abubakari Mahama II, that more people from his Kingdom will be appointed to various positions.

“I have not finished forming my government, there are more appointments to be made from the people of Dagbon,” the President assured.

He said he was not surprised that Yaa Naa Abubakari Mahama II and his subjects are full of praise for Farouk Aliu Mahama, because he knows the MP’s capabilities.

He added that Farouk Aliu Mahama takes after his late father, Vice President Alhaji Aliu Mahama, whose passion was to see Dagbon develop.

President Akufo-Addo stated that eight of the MPs serving in his government are from the Dagbon kingdom.