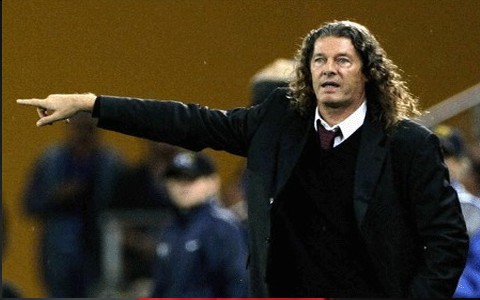 Al Wasl replaced Diego Maradona with Bruno Metsu a week after firing the Argentine great, who had a year left with the Dubai club.

Metsu signed a two-year contract on Tuesday and is joining the team next week, club’s media office said. Financial terms of the contract were not revealed.

Maradona, who signed with Al Wasl in May 2010 for two year, was ousted from the club after it finished eighth in the 12-team league last season. Club officials said the decision to let Maradona go was made after Al Wasl lost the GCC Champions League title to Bahrain’s Al Muharraq in May.

Al Wasl officials have acknowledged that Maradona brought much-needed attention to the United Arab Emirates league. Because he failed to turn the club around they decided to replace the temperamental Argentine with someone who could restore the club’s glory days of consistent wins, officials said.

Metsu was the national coach in Qatar and also worked in several clubs in the emirate. Before coming to the Gulf, the Frenchman reached quarterfinals of the 2002 World Cup with Senegal.

Maradona learnt about his dismissal from Al Wasl last week, when he was out of Dubai. He posted a letter to the club on his website, saying he’d like to meet with Al Wasl officials to save his job. Maradona acknowledged his push for signing of new players had become an issue, but said he hoped to resolve it in a meeting.

Maradona joined Al Wasl after he was firing as the Argentina national coach. Argentina had mixed results during his reign, which included two of its worst losses – 6-1 to Bolivia in the 2010 World Cup qualifying and 4-0 to Germany in the quarterfinals of the tournament in South Africa.

Before taking over Argentina in 2008, Maradona coached first-division clubs Deportivo Mandiyu in 1994 and Racing Club a year later. .