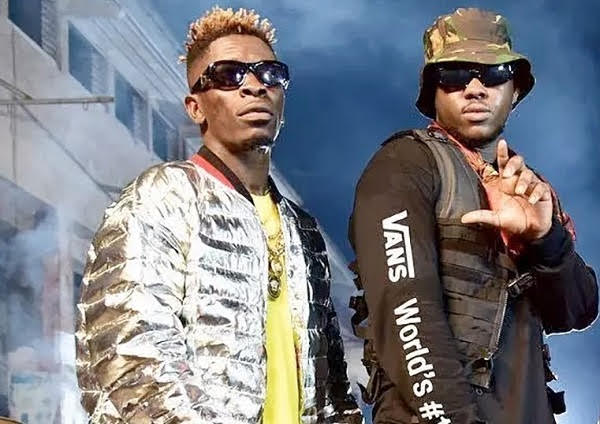 Shatta Wale can be very annoying. Some of his antics in the name of artistic freedom are seriously problematic. The faked antics of him being shot recently are also ridiculously ill-advised and whether the alleged shooting was planned with a plan for an arrest in mind, which he’s capable of doing, makes the least sense.

He dabbled with his life and created an unnecessary security wahala. Don’t know much about Medikal’s case except there are reports he brandished a gun publicly. Other reports said he was arrested for allegedly displaying the gun in a video.

Question: Are these potent reasons for the law to be bent to keep these two in custody for days over what the law says are misdemeanours – the most basic infractions?

The issues here aren’t really about the popularity of the personalities. They’re more about democracy, democratic precepts and the rule of law.

If Medikal’s arrest was based on a video, it raises even more complex issues as to why a court will presume that the charges against him are sound, he has no defence and that a prosecutor’s request for bail to be refused should suffice over someone who ought not to be refused bail given that he isn’t a flight risk.

What’s the point? Am l saying these guys should walk free?

If they haven’t committed a crime, yes! Fortunately, crimes aren’t matters of opinion. They are issues of fact and law.

So if the duo have committed offences, they ought to be punished. But in ACCORDANCE with due process and law.

Holding folks on remand where the law requires them to be granted bail is illegal. So are instances where such refusals of bail are deployed as punishing tools.

This isn’t my conclusion. The Ghanaian courts have held that bail cannot and ought not to be used as a punishment tool.

While the crave to use bail refusal or remand as tools to teach and deter accused persons is very attractive and understandable to many, the danger is that such tendencies cement and normalize such abuse of the law in the eyes of the bench, bar and the public.

You’ll never know the effect till it gets to you. Example: Charles Nii Armah Mensah Jr., aka Wale, himself advocated these abusive processes of the law to discipline folks. “… discipline them for three months…” he’d advocated against folks he felt were misbehaving and needed to be shown where power resides in one of his videos. Remember, he never thought at the time of his advocacy that he’d dance to the illegal song he’d compose. “Whosoever diggeth a pit shall fall in it” reggae legend Bob Marley sang in his early tune, “small axe”.

Today Shatta has fallen into the pit he “diggeth”.

But it’s no excuse to accept the impropriety of what’s happened to him and Medikal.

There is a presumption of innocence before the law till proven guilty even where we think, know or believe an accused is guilty. The charges here are of the least offences in the law: Misdemeanors.

The accused persons aren’t flighted risks. They are popularly known, well-established artistes and ought to have been bailed as the alleged offences are easily bailable.

The bail refusal looks certainly unlawful particularly when the Supreme Court has held that bail should not be used as a tool for punishment. The refusal of bail for these well-known artistes on grounds that they are at flight risk or that the Police need time to do what they should have done before arresting them is clearly a punishment tool and nothing else.

Running to the High Court may secure them bail, so what’s the wahala one may ask.

The answer is that institutions of state must learn to apply and abide by the law and not wait for citizens to call on them before doing so. They must not also abuse processes just because the law offers corrective measures on appeal when they know such abuses are wrong. They ought to know that. It has to be part of their constructive behaviours.

The circuit courts also know or ought to have known these facts and granted them bail. It is, after all, the duty of the State to investigate and successfully prosecute accused persons if it really wants to deter the alleged misdemeanours.

Some will say so how does the State then punish such reckless behaviours like that of the artistes if not by these means?

Simple! By prosecution based on a true and proper investigation.

Recourse to unconstitutional remands like these to serve as punishment tools just so prosecutions are curtailed, do not deter hard nuts anyway. Remands aren’t fines or sentences that go on people’s records.

And as Dr Kwame Nkrumah taught us with his “prison graduates” brand, even criminal records can be badges of honour to wear.

The abusive processes justified against those established citizens today may also be the same pits, precedents and bad examples anyone will use elsewhere to rationalize abuses of ordinary people’s rights.

That is why this is dangerous and ought not to be celebrated as an achievement of the IGP.

Yes, the IGP is doing well NOW. But doing well must not include avoidable prosecutorial infractions. Such abuses must be seen for what they are and pointed out.

Not doing so now will allow the law to be abused in “disciplining” you too next time, at which time no one will cry foul.

If self-reporting to a police station by well-known persons to answer the most basic charges can get them “incarcerated” for week(s), imagine how that can be used against unknown/faceless voices when they are invited to report over other matters?

Democratic norms and values are deliberately built into institutions, lest they become autocratic. Let the IGP and the Police begin correcting these defects NOW.

And let our lower courts stop the wanton remands. They are dangerous forebears of undemocratic paths we must not walk.