All the Covid-19 vaccines prevent death and severe disease, and that’s what matters, experts say 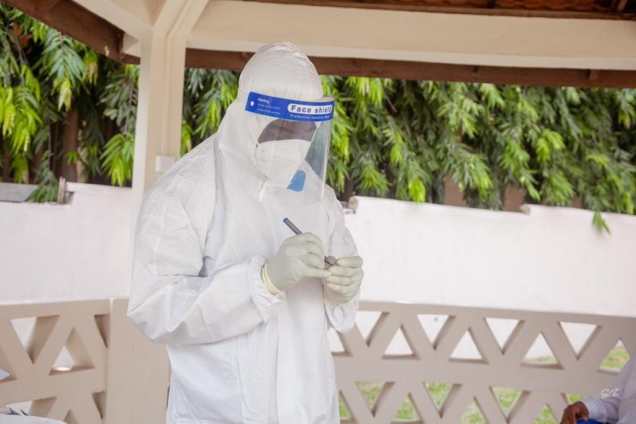 AstraZeneca released data Monday about how well its coronavirus vaccine works and said it plans to ask the US Food and Drug Administration for emergency use authorization in the coming weeks.

No one who got the vaccine ended up in the hospital with a coronavirus infection.

That’s what you want to see with any vaccine — and all of the coronavirus vaccines in use in the US or being considered for use in the US do that, noted Dr. Amesh Adalja, a senior scholar at the Johns Hopkins Center for Health Security.

“The whole reason that we even embarked on a vaccination program for Covid-19 was that Covid-19 could cause serious disease, hospitalization and death,” Adalja told CNN.

“All of the vaccines that we have seen tested do that extremely well — much better than any of us expected. The whole reason you want to be vaccinated is so you don’t get serious illness from Covid-19,” Adalja added.

“That’s whole reason Covid-19 is even on anyone’s radar. We don’t care about any of the other four coronaviruses that cause 25% of our common colds, because they don’t kill at the rate that Covid-19 did.” Dr. Paul Offit of Children’s Hospital of Philadelphia, who helps review vaccine safety and efficacy as an outside adviser to the FDA, is more blunt.

That doesn’t stop people from trying to compare one vaccine to another — as Detroit Mayor Mike Duggan did earlier this month when he said he wanted only “the best” vaccines for his citizens, and named the Moderna and Pfizer vaccines as preferable to the vaccine made by Johnson & Johnson’s Janssen vaccine division.

“The goal is to keep people out of the hospital, the ICU and the morgue,” he told CNN.”Bottom line, the vaccines work in the real world. Not only are they efficacious, but they are effective,” Dr. Anthony Fauci, director of the National Institute of Allergy and Infectious Diseases, said at a White House coronavirus briefing earlier this month.

“He undermined that vaccine,” Adalja said.

Three vaccines currently have FDA emergency use authorization: those made by US biotech company Moderna, by Pfizer and its partner BioNTech and by Janssen.

Two more will be up for consideration soon: one made by Maryland-based Novavax, and the AstraZeneca vaccine.

Each one was tested at a different time in different populations, and vaccine experts point out it’s impossible to compare their efficacies”To make head to head comparisons, they have to be studied at the same time, in head-to-head trials,” Adalja said.

That has not happened. Researchers studying the real-world use of Pfizer’s and AstraZeneca’s vaccines in Britain reported earlier this month that both lowered the risk of hospitalization and death in people 80 and older — the group by far the most likely to die from infection.

Data submitted by Johnson & Johnson for the EUA of its Janssen vaccine shows even more clearly how disparate results can be.

The vaccine was 72% effective against moderate and severe disease in the US, the company announced Friday.

In South Africa, efficacy against mild, moderate and severe disease was 64%.

But in South Africa, 95% of cases in the trial were caused by a variant known as B.1.351, which is more contagious and carries mutations that may make the virus less susceptible to the antibody immune response — including antibodies prompted by vaccination.

Both the Pfizer and Moderna vaccines were studied last summer, when coronavirus was not spreading at anywhere near the rate it was in the late fall and winter.

So it’s not reasonable to compare Pfizer’s and Moderna’s reported efficacy of more than 90% against the findings about vaccines tested later, with different populations and even different definitions of what they were protecting against — any symptoms at all, or moderate to severe disease and death.

“We all got spoiled by seeing Moderna’s and Pfizer’s numbers,” Adalja said.

But those vaccines were tested when infections were much lower and your chances of encountering the virus were lower.

Despite these differences, all the vaccines appear to greatly reduce the risk of hospitalization and death from coronavirus, and all appear to do so safely — despite actions from European regulators concerned by a potential link with blood clots and the AstraZeneca vaccine.

The European Medicine Agency, the main regulator, has determined the vaccine did not cause blood clots, which are a common medical problem.

There was no indication of a risk of blood clots in the US trial of the vaccine, Fauci told a White House briefing Monday.

“The FDA is going to very, very carefully go over all of these data. There will be an application for an EUA, and I can tell you, you can rest assured that the FDA will put a great deal of scrutiny in every aspect of these data,” Fauci said.

Nonetheless, people are likely to remember the scare.

“I feel like the global community will need to implement lots of damage control given the actions by the European countries in the last two weeks,” added Dr. Peter Hotez, a vaccine expert and dean of tropical medicine at Baylor school of medicine.

“I worry about the negative spillover effects to the world’s low and middle income countries. We’re counting on the (AstraZeneca/Oxford) vaccine to be a major workhorse vaccine for global health,” Hotez told CNN.