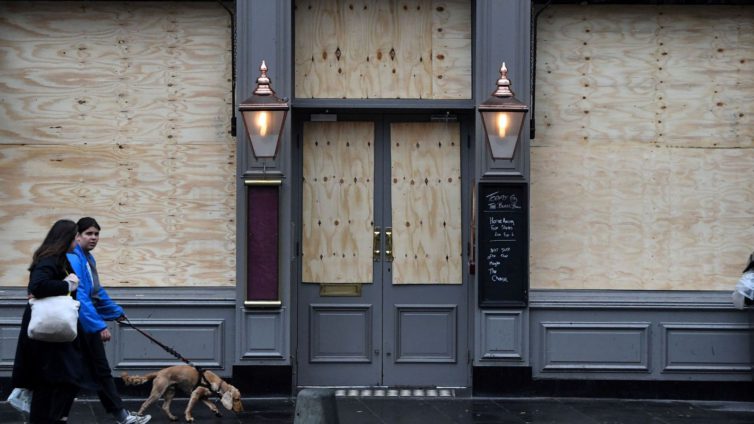 There are almost 10,000 fewer licensed premises across Britain since the start of the coronavirus pandemic – with a rush of closures taking place since the summer despite a reopening of the economy, according to a report.

The latest market recovery monitor from industry consultants CGA and business advisory firm AlixPartners said the sector, including bars, pubs and restaurants, had shrunk by 9,900 sites to date with 980 closing their doors between July and September alone – a rate of 16-per-day.

It pointed to a range of “operational challenges” including labour shortages, disruption to supply and rising costs as being responsible for the latest wave of closures, which built on just shy of 6,000 during 2020.

The study said small, independent businesses bore the brunt of the problems as chains were more able to adapt to the challenges facing firms since the July reopening for the hospitality sector.Advertisement

Only managed estates were able to eek out growth though it was small.

The report highlighted the plight of nightclubs and said that they had suffered particularly badly with almost 100 lost since July to leave just over 1,000 in total by September.

Hospitality was among the sectors worst hit by lockdowns to control the spread of the disease since March 2020 and the largest claimant of furlough support through to the scheme’s demise at the end of last month.

Industry body UKHospitality, which had pleaded for the wage aid to be extended, estimates 660,000 jobs have been lost in the sector during the pandemic.

It is campaigning for renewed support including for the rate of VAT – cut from 20% by the chancellor temporarily last year to help operators fight back – to be maintained at its interim level of 12.5%.

Graeme Smith, AlixPartners’ managing director, said of its report: “These figures are a stark reminder, if needed, that the full lifting of restrictions in July did not signal an end to the challenges faced by hospitality businesses.

“The impact on nightclubs, which were unable to trade at all during the pandemic, has been particularly acute with almost one in 10 sites closing in the past two months.

“Demand remains strong but with staff shortages, utility cost inflation and supply-chain disruption, there are renewed efforts to secure continued government support to the industry to help it weather this storm as the reopening and rehabilitation process continues through what may be a challenging winter.”

DISCLAIMER: The Views, Comments, Opinions, Contributions and Statements made by Readers and Contributors on this platform do not necessarily represent the views or policy of Multimedia Group Limited.
Tags:
Britain
coronavirus pandemic
Licensed premises