AMA prepares ahead of rainy season 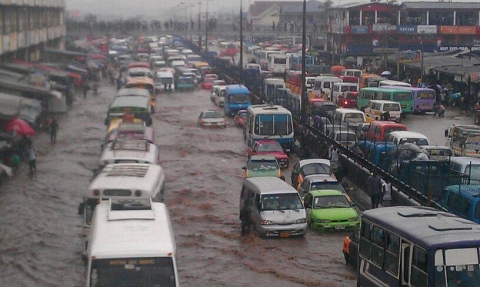 The Accra Metropolitan Assembly (AMA) has said preparations towards the rainy season, including; dredging of debris from drains, would be completed by close of next week.

Work on major drains in Accra Central, Chorkor, and other areas within the catchment area of the AMA is almost completed, while that of the Odaw River Basin is being worked on under the $200 million World Bank-funded Greater Accra Resilient and Integrated Development project.

Mr Graham Sarbah, the Drains Maintenance Manager of AMA, speaking in an interview with the Ghana News Agency (GNA) said the AMA had done ‘quite a lot of work’ which would be able to contain some volume of water during the season.

However, he said, the work done was not enough to prevent flooding and that there was the need to expand many of the drains and construct new ones to direct the volumes of rainwater.

Mr Sarbah said one of the challenges fueling the occurrence of flood aside the dumping of refuse particularly plastic waste in drains was the continuous paving and construction in the city.

“Years back when it rains the bare ground absorbed some of the rainwater to even recharge the groundwater, but because people are putting up structures, paving everywhere with blocks and cement the water does not get to the ground,” he said.

“Our observation is that this situation has increased the volume of water which results in flooding. The volume now is too much. Until we are able to reconstruct our drains, which is capital intensive, we will not be out of the woods yet”.

He bemoaned the attitude of people dumping waste especially plastics in the drains adding that all works would be in vain if people refused to properly dispose of their waste.

The seasonal forecast by the Ghana Meteorological Agency (GMA) indicates that the volume of rain in Accra would not be more than the volume recorded last year.

Madam Felicity Ahafianyo, the Acting Head in-Charge of Central Analysis and Forecast at Ghana Meteorological Agency told the GNA that the rainy season had started, but Accra had not seen much rains due to a little dry spell.

The forecast for the southwestern areas of the country consisting of the forest areas would be slightly higher than that of last year.

She urged the public to take the necessary precaution by paying attention to the daily weather forecasts and weekly outlook, which could be accessed on their social media handles and website.