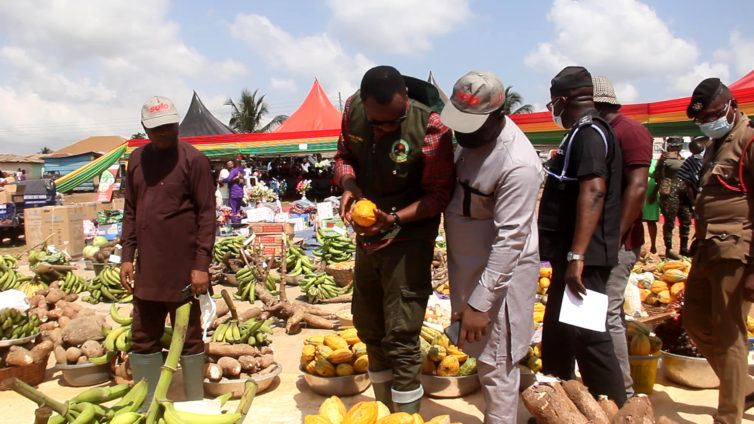 The District Chief Executive for Amansie South of the Ashanti region has urged chiefs in the area to make lands available to farmers to increase their production.

According to Clement Opoku Gyamfi, releasing lands to the farmers is more profitable than to illegal miners who will degrade the lands with their activities.

Mr Gyemfi also admonished the youth in the district who are primarily engaged in illegal mining and okada business to take up farming to save the environment actively.

Addressing hundreds of residents at Manso Mpatasie in the district to mark this year’s Farmers’ Day, Mr Gyamfi encouraged farmers not to relent in their efforts to feed the country.

The event brought together some prominent across the district, including political parties sympathisers.

He suggests the country take and second look and reconsiders operation feed yourself to ease hardship.

Mr Swanzy also complained about the bad road network affecting the easy transportation of farm produce to the market.

The overall District Best Farmer agrees that farming is a profitable business because he ventured into it.

Prince Oppong Joseph also appeals to youth to embrace it since farming can transform human life more than galamsey.

DISCLAIMER: The Views, Comments, Opinions, Contributions and Statements made by Readers and Contributors on this platform do not necessarily represent the views or policy of Multimedia Group Limited.
Tags:
Amansie South District
Clement Opoku Gyamfi
District Chief Executive