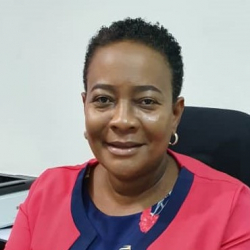 The Programmes Manager of the Ghana Integrity Initiative, Mary Awelana Addah, has criticised the former Minsiter of State at the Finance Ministry, Dr Charles Adu Boahen, over his conduct in the latest exposé by investigative journalist, Anas Aremeyaw Anas.

In a discussion on NewsFile on Saturday, she said the decision of Dr Adu Boahen to accept a ‘shopping money’ from a supposed investor, in the secretly filmed tape, was wrong.

According to her, the said gift was inappropriate because in the scheme of affairs, it was meant to facilitate a process, and therefore the former government appointee should not have welcomed it.

Ms Addah also added that the former Minister’s decision to rope in the Vice President, was inappropriate.

Her comment is in the light of the recent exposé, in which Dr Adu Boahen was seen taking a gift from an ‘investor’, to facilitate the investor’s interest.

In the said recording, Dr Adu Boahen also said he can arrange an audience with the Vice President, if the investor is willing to pay some $200,000 as ‘appearance fee’, in addition to creating some lucrative opportunities for the Veep’s relatives.

After the airing of the exposé, tongues started wagging; with many raising concerns about the level of propriety at the presidency.

Amidst the debates, the President fired Dr Adu Boahen over the allegations.

In the letter announcing his dismissal, the President thanked him for his ‘strong services’, and ordered the Special Prosecutor to investigate the said allegations.

But while many, including the Nhyiaeso MP, Dr Stephen Amoah, have commended the President, others have expressed their lack of confidence in the outcome of the investigations.

According to the critics, Adu Boahen’s dismissal is much ado about nothing.

Meanwhile, the Office of the Special Prosecutor says it will probe the allegations and get to the bottom of the matter.