Apart from some senior players, no one is guaranteed a place – Andre Ayew on Ghana’s World Cup squad 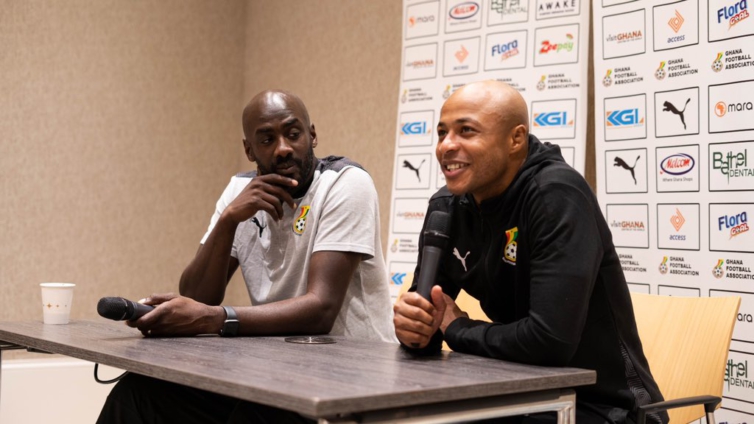 Captain of the Black Stars, Andre Ayew, believes no player in Ghana’s team has a pass to make the World Cup squad just yet following the new additions but adds that some ‘senior players’ may have an advantage.

In Ghana’s latest squad for the international window, five of the six players to have availed themselves to play for Ghana were named in the set-up with Patrick Pfeiffer the only player missing out.

With their inclusion, there have been suggestions some of these players could make Otto Addo’s final squad for the World Cup to be staged in Qatar in November.

However, Ayew says no player is certain of a place in the team yet except for some senior players who could be given a nod.

“The newcomers are talented, but we already have a strong team that qualified for the World Cup, so every position is competitive,” he told Aljazeera.

“Apart from senior players who may have an advantage, I believe no one is guaranteed a place in the squad just yet. Everyone must prove their quality on the field and everyone has a chance, giving the coach more options and solutions, formations, and I believe it is beneficial to have new players with the right mentality.”

Ayew added that the door is always opened for players who are ready to play for the country to do well at the Mundial.

“The players are good, and qualifying for the World Cup makes you very attractive. Why not let the boys come? The door is open for any Ghanaian who wants to play for and help the country, but you must come with the same determination you put into your club, the same desire, and you cannot expect everything in your European club to be the same in the national team because there is a time for the team to adapt.”

The Black Stars are currently in Spain, where they will face Nicaragua in a friendly game on Tuesday, September 27.

DISCLAIMER: The Views, Comments, Opinions, Contributions and Statements made by Readers and Contributors on this platform do not necessarily represent the views or policy of Multimedia Group Limited.
Tags:
Andre Ayew
Black Stars
World Cup