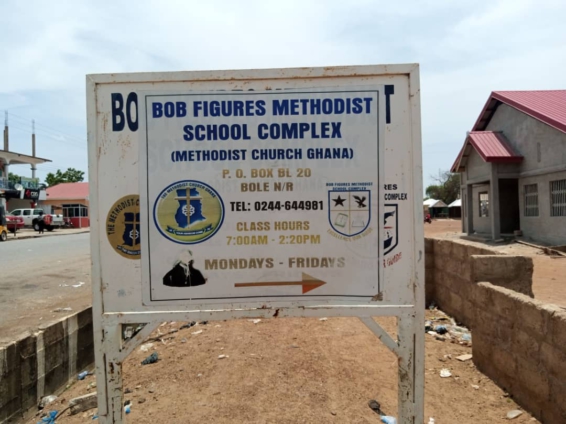 Teachers from the Bob Fingures Methodist Junior High and Primary Schools in Bole in the Savannah Region, have issued a two-week ultimatum to the Bole District Security Council (DISEC) and the District Police Command to either arrest a suspect Ostar, also known as Mogtawu, who allegedly assaulted one of their colleagues or they embark on a sit-down strike.

The move, according to the teachers, is in solidarity with the victim, to register their displeasure and to implore the Bole District Security Council (DISEC) to ensure a prevailing peaceful environment for teachers in Bole by bringing the suspect to book.

The teachers on Friday, May 20, 2021, led by the Headteacher of the school, Mr. Seidu Lanyor took the decision, insisting that all the suspects involved in the attack should be punished to serve as a deterrent to others.

According to him, the time has come for teachers to speak out against such unprovoked attacks.

“Which professionals will you visit in their offices and just beat them and go scot-free…No, it’s becoming a culture and enough is enough,” the Headteacher stated.

JoyNews later caught up with the victim, Kenneth Opoku Kwarteng at the hospital who gave a vivid account of the incident.

He narrated, “We wanted to use the field for programmes and then, the church has also kept some blocks that they wanted to use to fence the place but because of one or two things, the Chief asked them to hold on.

“The students wanted to remove the blocks and relocate them. So, myself and the sports teacher were tasked to take care of that and were supervising.

“And these young men just came asking who gave us that authority to relocate the blocks to that very place we were rather relocating from”.

“The next time they came, he had a stick, which he used to push me. He wanted to use it again and I tried to hold the stick and two others came with a woman and they started attacking me,” Mr. Kwarteng stated.

He continued, “So I had to leave them and run away. So, when I turned to go, I realised that something (a concrete block) hit my head and I fell and that was all. I didn’t know what happened next…later I saw myself in the hospital.

“We have reported it to the Police and they were saying they can’t identify him, but we’ve helped them to do it.

“Myself and the local manager went to the Police station and managed to point or identify the boy to them and his name is Mogstawu but for now, there’s no arrest and it’s bad,” he bemoaned.

Meanwhile, the Bole District Secretary of the Ghana National Association of Teachers, (GNAT), David Jaagah has vowed to ensure that the suspect is brought to book.

JoyNews’ sources at the school indicated that the decision taken by the teachers is in response to an alleged intervention by the Chief of Bole, Sarfo Kutuge Feso (I) for the victim to drop the Police case against one of the suspects.