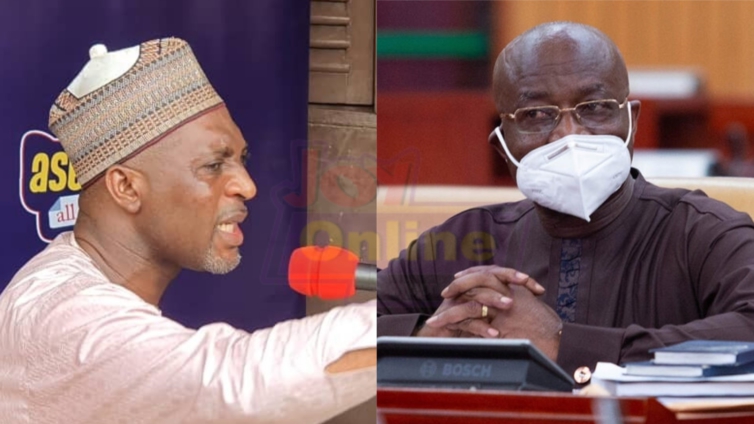 The Minority Chief Whip, Mohammed Mubarak Muntaka, has advised the Majority Leader, Osei-Kyei-Mensah-Bonsu to be circumspect in some of his utterances.

According to the Asawase MP since the Suame MP needs the support of the opposition in Parliament to ensure a smooth operation of the Executive, he must not be heard saying certain things that undermine the intelligence of the National Democratic Congress (NDC) Parliamentarians.

“When you are the leader of the House, there are certain things you are better off not saying because what you say and do will force people to make up their minds and when you now need them to push government business, it becomes difficult.

“You may have your view, but if it were me, I wouldn’t say that in the public. I may have it as a view sitting in Parliament but because I am Majority Leader who wants government business to run in the House, I will not be the one saying this,” Mr Muntaka said.

His comments come after Mr Kyei-Mensah-Bonsu on JoyNews’ The Probe Sunday said some recent conducts by the Minority in the 8th Parliament indicate that some NDC legislators have been brainwashed and not informed on some Parliamentary practices.

According to the Suame MP, although he seeks to work with the Minority due to the numbers of each Caucus in the House, their actions appear to be that of an “obstructionist opposition party.”

But speaking to Luv FM’s Erastus Asare Donkor, Mr Muntaka described as unfortunate the utterances of the Majority Leader.

He said Mr Kyei-Mensah-Bonsu’s comments smack of lack of leadership for somebody whose side needs to build consensus to drive government’s business.

“Parliament is not for professors it not for the one-side-fit view. Mr Kyei-Mensah is one of the experienced MPs that we have but I do not think like him. And you have seen us on the floor many times based on the standing orders and having banter. I disagree with him and vice-versa.

“But me disagreeing with him doesn’t give him the right to say that I have been brainwashed because that is my understanding and I am pursuing it and I am also using the same rules,” he stated.

Continuing that, “For him to say that, some Minority MPs have been brainwashed, it is unfortunate. It doesn’t also help in the consensus-building.”

In the One-hour exclusive interview, the Parliamentary Affairs Minister is also heard accusing Speaker Alban Bagbin of turning the House into an enclave for the NDC.

He said Mr Bagbin has selected too many members of the NDC to his office as advisers.

“You [Speaker] have brought in Kofi Attor who is the Vice-Chairman of the party as an adviser. He has brought in two former MPs. He says he is bringing them on as advisers. Asiedu Nketia, General Secretary of the party is now on the Parliamentary Service Board and then, Gayheart Mensah is also coming to the Speaker’s office.”

“So you are turning that place into an enclave for the NDC,” he told The Probe host, Emefa Apawu.

But reacting to this, Mr Muntaka said the Majority Leader’s assertion is inaccurate.

According to him, the standing orders of Parliament makes it impossible for any Speaker to advance any political interests.

“How can the Speaker serve a political interest when the only time the Speaker can do something on his own or exercise his discretion is when our standing orders have not made provision for.

“So everything that the Speaker does in the House, it is governed by the Standing Orders,” he stated.

DISCLAIMER: The Views, Comments, Opinions, Contributions and Statements made by Readers and Contributors on this platform do not necessarily represent the views or policy of Multimedia Group Limited.
Tags:
Majority leader
Minority Chief Whip
Minority in Parliament
Mohammed Muntaka Mubarak
Osei Kyei-Mensah-Bonsu