Bagbin turning Parliament into an enclave for the NDC - Kyei-Mensah-Bonsu - MyJoyOnline.com 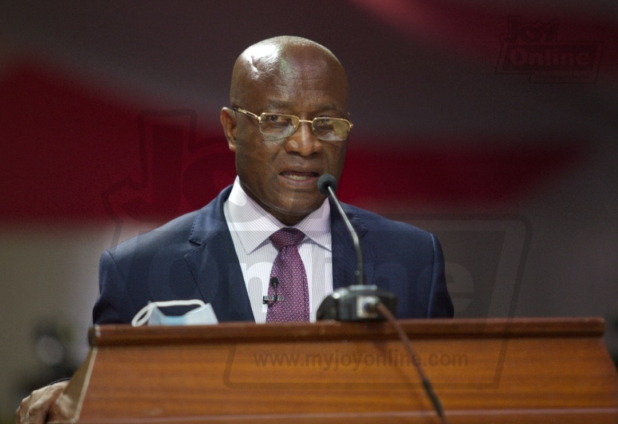 The Majority Leader in Parliament, Osei Kyei-Mensah-Bonsu says he is worried Speaker of Parliament, Alban Bagbin will turn the House into an enclave for the National Democratic Congress (NDC).

Speaking on The Probe, he said that Alban Bagbin has selected one too many members of the NDC to his office as advisers.

“You have brought in Kofi Attor who is the Vice-Chairman of the party as an adviser. He has brought in two former MPs. He says he is bringing them on as advisers. Asiedu Nketia, General Secretary of the party is now on the Parliamentary Service Board and then, Gayheart Mensah is also coming to the Speaker’s office.”

“So you are turning that place into an enclave for the NDC. There is one other guy whose name I have forgotten he was a usual panel at Radio Gold. I understand he wants to make him his Communications Officer,” he told host, Emefa Apawu.

Mr. Kyei-Mensah-Bonsu added that he was also unhappy with the selection of Aseidu Nketia as a member of the Parliamentary Service Board.

He stated that he did not have a problem with Aseidu Nketia as a person but the fact that he still holds his position as a General Secretary of the NDC.

“It has never happened before in the life of Parliament especially when you have a very intrusive General Secretary. Even in the course of the normal business of Parliament, he will come and sit there to ensure that his people vote in a certain direction.”

“He is an intelligent person and maybe if he has to contribute to developing Parliament he could. My worry is his current position as the General Secretary. I am afraid for Parliament. These are the little steps we take that affect the integrity of Parliament,” he explained.

His comment comes after Speaker, Alban Bagbin on March 29, 2021, approved a six-member Parliamentary Service Board which includes Chairman of the Council of Elders of the New Patriotic Party, Hackman Owusu Agyeman and NDC’s Johnson Aseidu Nketia.

The four members of the Board are MP for Suame, Osei Kyei-Mensah-Bonsu, Tamale South MP, Haruna Iddrisu, former Majority leader Abraham Osei Adu, the Clerk to Parliament, and the Speaker as its Chairman.

Despite the concerns raised, the Speaker insisted that Mr Asiedu Nketia met the necessary criteria and therefore, his unwavering decision to appoint the former MP for Wenchi West onto the Board.

Mr Kyei-Mensah-Bonsu stated that with these new introductions, he fears that Parliament will be put under only one political party.

The Parliamentary Affairs Minister said that he and some others have expressed concerns over these developments adding that if they are not checked, Parliament may not function as it is expected to.

“I have told him that ‘Mr. Speaker where you are taking Parliament to, I think if you are not careful, this whole thing would collapse on all of us’. He told me that we will begin to talk about it,” Mr. Kyei-Mensah added.