Asamoah Gyan urges Ghanaians not to give up on World Cup 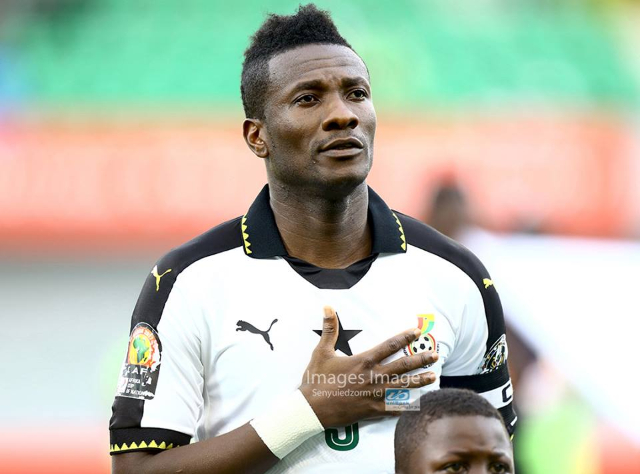 Skipper Asamoah Gyan has urged fans to remain confident of the Black Stars qualifying for the 2018 FIFA World Cup.

This is because the players are ready to fight to secure Ghana a fourth successive appearance at the global showpiece next year, the Turkey-based striker has assured.

The team are on the back foot in the qualifiers following poor results in the opening two games.

A draw against Uganda and a 2-0 defeat away against Egypt has left Black Stars with a point and five points adrift of top spot.

And that has led to some Ghanaians writing off the team and tipped Egypt, who sit at the summit to qualify for the first time in 28 years.

Ghana will play Congo in back-to-back qualifiers over the next six days and the results in the two matches will largely determine whether the four-time African champions will make it to Russia.

The first-leg of the match will be played on Friday in Kumasi with the return clash scheduled for Brazzaville four days later.

Ghana need a strong pair of results in the matches against the Red Devils to revive their hopes.

"What I can tell them is that they should not give up, though we haven't started our qualification matches well, we have till the end," Gyan said after Tuesday's training.

"Friday’s game is important. we need to go all out and make sure we get a positive result, then we see what happens."

Ghana have participated in last three World Cup with Gyan featuring in all three.

He is Africa's top scorer with six goals at the World cup.