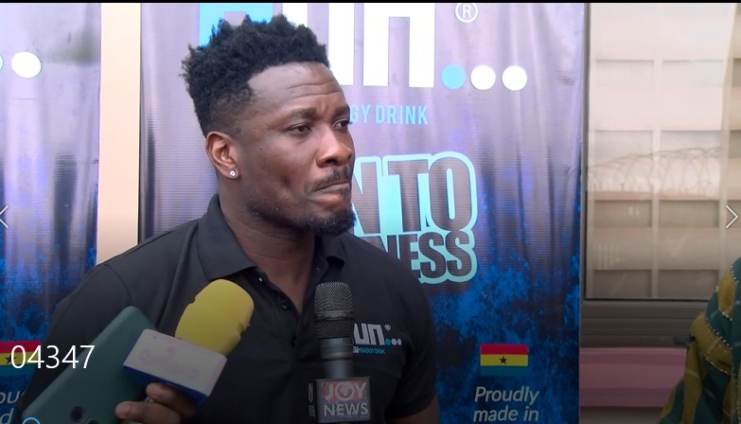 Former Captain of the Black Stars of Ghana, Asamoah Gyan, is confident that the Black Stars will live up to expectation in the upcoming AFCON qualifiers and the World Cup tournament with the needed support from Ghanaians.

Gyan, who scored a record 51 goals in 107 appearances for the senior national team, is urging Ghanaians to rally behind the team for glory in the upcoming soccer contests.

Ghana will commence the race for the 2023 AFCON tournament when the Black Stars host Madagascar in the opening game in the qualifiers in June at the Cape Coast Stadium before playing away to Central Africa Republic.

The Stars will also take to the global stage in November this year when they make their 4th appearance at the FIFA World Cup to be staged in Qatar.

Speaking to Luv Sports at an event in Kumasi, Gyan wished the Stars success in the upcoming tournaments and called on Ghanaians for support.

“We are all Ghanaians, we have to wish them well, we have been supporting them since day one and I have been part of the history.

“We shouldn’t forget about the national team, we have taken Ghana to a certain level, we have to just support them.

“We have qualified for the world cup, everything is going on well, the confidence level of the team is very high and so what we have to do is just, keep supporting them and make sure we do bigger things,” he said.

Asamoah Gyan, who is also the all-time leading African goal scorer at the World Cup with six goals, prompted the authorities and handlers of the national team to adopt the right approach heading into the game in Qatar.

“We have been able to qualify and that’s what we should think about. We are now in Qatar; we have to plan on how we can approach the world cup.

“What I will say is that, we should forget about everything and then support them. Then after, you can assess their performances and everything and so I urge Ghanaians to support the Black Stars.” Gyan concluded.