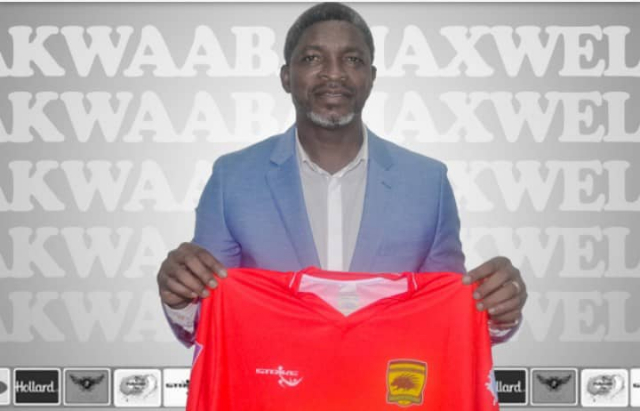 The Porcupines have renewed ties with Maxwell Konadu as Management re-signs the former Head Coach for a second stint in charge of the club.

His reappointment was confirmed on Monday, four days after Joy Sports revealed the news.

The 47-year-old trainer replaces Kjetil Zachariasssen after the latter was sacked in November this year, and has signed a two-year renewable contract.

Maxwell Konadu coached the Porcupines in the 2011/12 season and led the side to the Premier League that year before resigning to take over the Assistant Coach post of the senior national team, the Black Stars.

Maxwell Konadu’s re-engagement comes as a delight to the supporters who have been clamouring for the former after the exit of the Norwegian trainer.

The former Kotoko player and one of the fans’ favourite told Kotoko Express App that, he was delighted to be back but called for patience as he works to improve the team.

“I am back and can say that I am very delight with the development. I thank the Management and the supporters for the confidence shown in me. I will do my best but will ask that the supporters exercise patience as trying to improve the team.”

The 45-year-old coach will be assisted by former Karela United manager Johnson Smith.