AU Day: Africa has what it takes to transform its economies and bring prosperity – Akufo-Addo 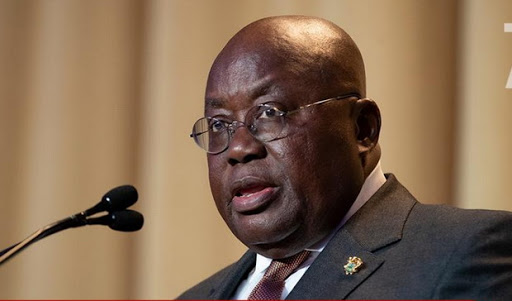 President Akufo-Addo says the African continent has the needed resources to reverse the social, economic, and political challenges it has faced for the past decades.

In his message to all Africans across the world as they celebrate the African Union (AU) Day, he stated: “I believe strongly that Africa is capable of unleashing the considerable energies and huge potential of her people, so that we make our own unique contribution to the growth of world civilization.”

Reiterating comments made to the Pan African Parliament on Monday, May 24, President Akufo-Addo in his Twitter post stated that Africa has it within itself through its natural and human resources to “transform our economies and bringing prosperity to our peoples.”

He, therefore, called on all and sundry to join hands and renew their burning desire to change the narrative of Africa despite the adverse effect the Covid-19 pandemic has had on economies.

“..let us work together towards fulfilling, in our time, the pan-African dream of a united Africa. I urge all of us, on this day, to rededicate our energies, within the confines of the African Union’s Agenda 2063, titled “The Africa We Want,” to the implementation of the 2030 UN Sustainable Development Goals.

“They represent the most ambitious plan the global community has yet devised to eradicate global poverty, and, hopefully, leave no one behind,” he communicated.

For him, Africa has a greater stake in the realization of the Sustainable Development Goals (SDGs) than any other group of people.