Average farmer to spend ¢3,300 to cultivate an acre of land – Peasant Farmers Association 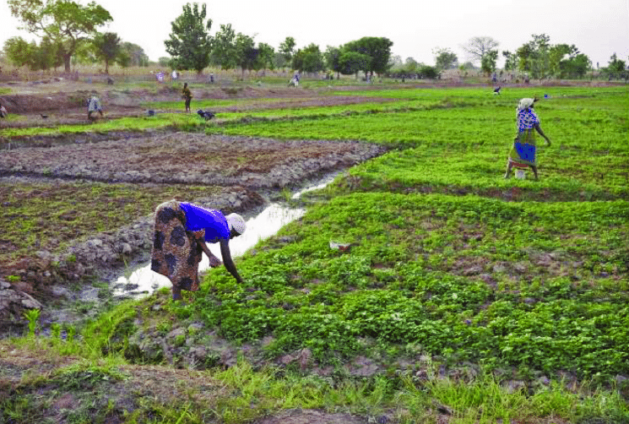 The Programmes Officer with the Peasant Farmers Association of Ghana, Bismarck Owusu Nortey, says there has been a significant increase in the cost of cultivating an acre of land.

According to Mr Owusu Nortey, cultivating an acre of land for maize production in 2021 cost about GH¢1007, however, cultivating the same piece of land this year will amount to GH¢3,300.

Interacting with JoyNews‘ Benjamin Akakpo on the AM Show, he noted that the cost could exceed the pegged amount because “costs are still going up everyday.”

“Look at the difference in just one year,” he added.

The Programmes Officer was contributing to discussions on the high cost of agricultural production.

Mr Owusu Nortey on Wednesday further noted that farmers are paying double of what they used to for subsidised fertiliser provided to them by the Ministry of Food and Agriculture (MOFA).

“Luckily for us, we have some farmers who benefit from the subsidy programme. Last year, if you were getting a subsidized fertilizer, the 25kg, you’d pay around ¢53. This year, the prices that have been released by MOFA is that for a 25kg fertilizer, you are paying ¢160.”

He believes conditions will not get better next year as prices will worsen.

“What happens is, when you produce, the final product will definitely see some increases to make up for the high cost of production you incurred. Mind you, for next year too, you’d be experiencing issues regarding high fuel prices, high transport fares. That might also add up to the cost. We should strengthen ourselves for a higher increase in input prices,” Mr Owusu Nortey explained.

DISCLAIMER: The Views, Comments, Opinions, Contributions and Statements made by Readers and Contributors on this platform do not necessarily represent the views or policy of Multimedia Group Limited.
Tags:
Peasant Farmers Association of Ghana