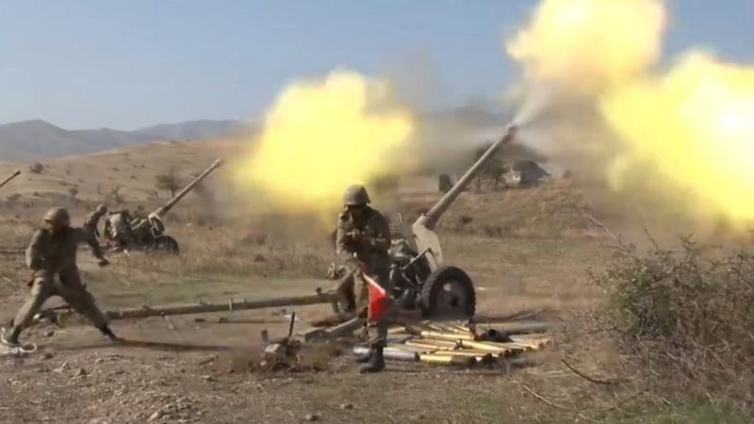 Azerbaijan has captured a key town in the separatist Nagorno-Karabakh region, according to the country’s president.

Ilham Aliyev announced in a televised address on Sunday that Azerbaijani forces had captured Shusha, known as Shushi in Armenian.

Armenia however has denied the town’s capture and said fighting is ongoing.

This could be a major turning point in this war https://t.co/Qk5xCrhaua

Capturing the strategically important town would be a major victory for Azerbaijan in the ongoing conflict over the disputed territory.

Nagorno-Karabakh is internationally recognised as part of Azerbaijan, but is governed by ethnic Armenians backed by the Armenian government.

A war between the two countries over the region ended in 1994 with a truce but no peace deal.

Fresh fighting erupted in September, with each side blaming the other for the outbreak in violence.

Since then Azerbaijan has made advances into Nagorno-Karabakh. Shusha sits on hills above the territory’s capital Stepanakert (known as Khankendi in Azerbaijan) and lies on the road linking the city with Armenian territory.

President Aliyev said the day would “go down in the history of the Azerbaijani people” after “liberating” Shusha.

But Armenia has denied the town has been captured. “The battles in Shushi continue, wait and believe in our troops,” Armenian defence ministry official Artsrun Hovhannisyan wrote on Facebook.