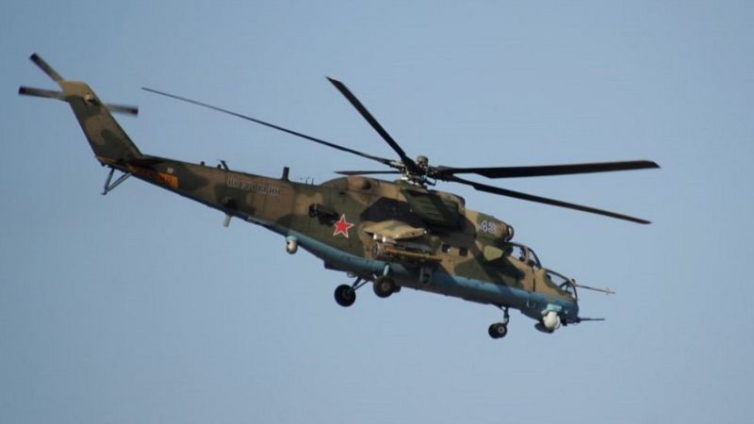 The Mi-24 (file pic) is a large helicopter gunship

A missile has downed a Russian Mi-24 military helicopter over Armenia, near the border with Azerbaijan, killing two crew members and injuring a third, Russia’s military says.

Azerbaijan’s foreign ministry apologised to Russia, saying the Mi-24 gunship was shot down by Azerbaijani forces near Nakhchivan by mistake.

It comes amid fighting between Azerbaijan and Armenian separatists.

Russia has a military base in Armenia, but also has strong ties to Azerbaijan.

The downing happened close to Nakhchivan, which is not near the current clashes in Nagorno-Karabakh.

Azerbaijan’s foreign ministry said the helicopter had been flying at a low altitude during hours of darkness. A “Manpads” shoulder-launched missile brought it down, the report said.

“Helicopters of the Russian air force had not been previously sighted in the area,” the ministry said.

Azerbaijan offered condolences to the families of those killed, and offered to pay compensation.

The ethnic Armenians battling to keep control of Nagorno-Karabakh admitted on Monday that Azerbaijani forces had taken a key town there – Shusha (called Shushi by Armenians).