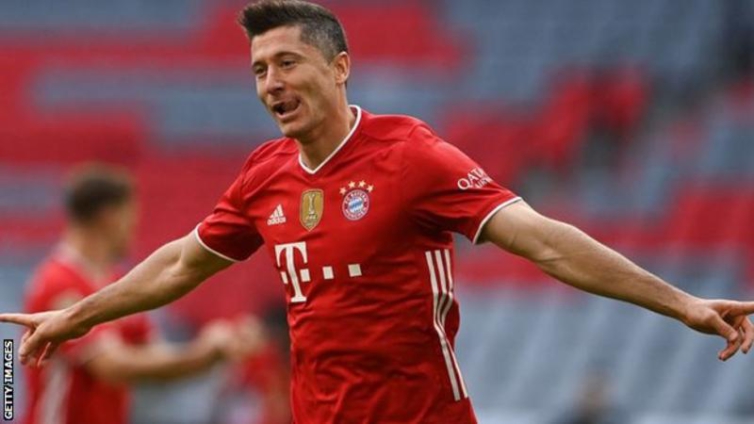 Bayern Munich forward, Robert Lewandowski has won the maiden edition of the ‘Striker of the Year’ award at the Ballon d’Or ceremony.

Lewandowski becomes the first player to have won the award which was introduced just before the shortlist ranking started.

The Poland international’s incredible form in front of goal saw him being touted as the favourite for the 2020 Ballon d’Or until the ceremony was cancelled due to the Covid-19 pandemic.

However, Lewandowski has continued his staggering form and is named among the favourites to win this year’s big award.

The Bayern forward broke a long-standing landmark set by the last Gerd Muller when he scored 41 goals in 29 games last season.

While receiving the award, the player said, “I’m very proud of this trophy, I know what it means to be ready to score the goal. Everything I do I have to thank my teammates, coach, and staff. Without them, it’s difficult to be at the front.”

The 33-year-old has continued his fine form already for the Bundesliga side in the 2021/22 campaign, scoring 25 goals in 20 games across all competitions.

Meanwhile, Barcelona youngster, Pedri has been named as the winner of the 2021 Kopa Trophy award.

The 19-year-old was one of 10 nominees shortlisted for the award but he beat competition from Borussia Dortmund’s Jude Bellingham, Manchester United’s Mason Greenwood and Arsenal prodigy, Bukaya Saka.

Pedri first appeared on the scene during the 2020/21 following his arrival from Las Palmas. The teenager became a regular in the starting line-up, assisting in Barcelona’s Copa del Rey triumph.

The Spain international was also given his national team debut last season due to his impressive turnouts for the club – joining in the 2020 European Championship as well as going on to play in the 2020 Olympic Games in Tokyo.

The Spaniard was also ranked 24th in the Ballon d’Or shortlist.

Gianluigi Donnarumma has also been adjudged winner for the 2021 Yashin trophy.