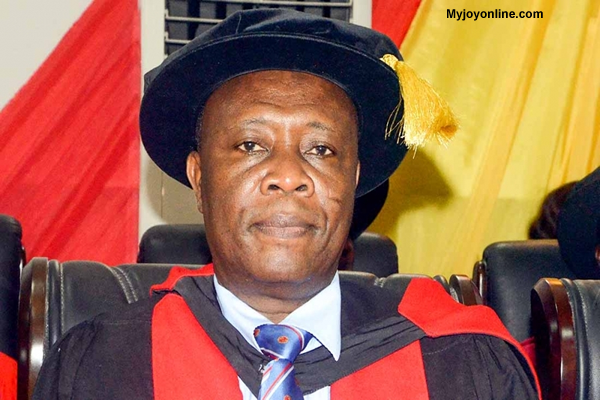 The Pro Vice-Chancellor of the University of Cape Coast wants the government to ban access to Whatsapp during working hours in a bid to boost productivity.

Delivering the keynote address at the National Delegates Conference of the Ghana National Association of Teachers (GNAT) at the University of Cape Coast, Prof. George Oduro said the addiction to Whatsapp is hurting productivity at workplaces.

“I’m tempted to propose if the government can put restriction to Whatsapp during working days so workers can only gain access after working hours”, he said.

According to him, many teachers and other workers instead of performing their duties at their various workplaces stay on WhatsApp all day, a situation, he says is proving counterproductive.

“If teachers do not use time well but browse Whatsapp messages then we cannot maximize the benefit of equitable distribution,” he said.

A court in the Netherlands heard a case in 2016 involving an employer who refused to pay his employee arguing, the former employee caused damage by heavy use of WhatsApp during working hours.

After the contract of the concerning employee ended, he was entitled to paid leave worth over €5,000. The employer refused to pay out the amount at the final payment.

The employer pleaded that the employer had taken damage as caused by the employee. According to the employer, the damage consists of the paid wage that it is not required to pay out.

To support the statement, the employer stresses the fact that the employee has violated HR-rules by sending a large amount of WhatsApp messages to several women.

Over a thousand messages were sent during a period from July 2014 until January 2015.

The cantonal judge stated that the employee violated the HR-rules. The judge estimates the damage by taking 1255 WhatsApp messages and 2.5 to 3 minutes of time spent per message, multiplied by the hourly-wage of the employee including paid holiday leave.

Using this formula, the judge estimates the damage at a sum of €1,500. The final sum is a result of the fact that the employer owed over €3,500 in paid leave to the employee.