‘Bawumia has an office which is totally redundant’ – KKD 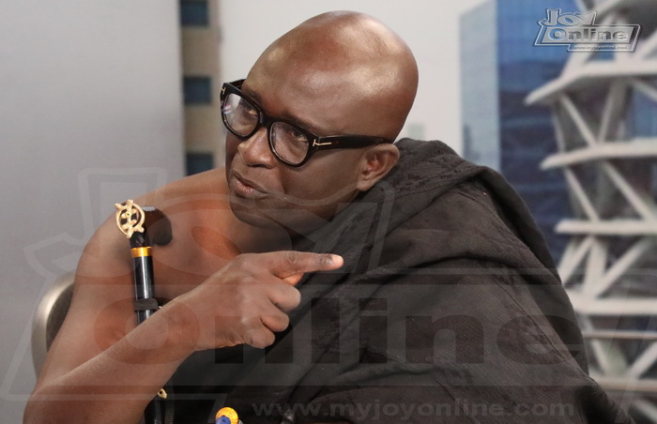 According to the ace broadcaster, the role of a Vice President in the general scheme of governance structure must be cancelled.

He made these remarks during an interview with Benjamin Akakpo on JoyNews‘ AM Show on Wednesday, August 24.

“There will come a time when we may not even need a Vice President. Because really, what exactly does a Vice President do? That [role] is totally redundant. I said so. Those who say they’re intellectuals [should challenge me].

“He (Bawumia) has an office which is totally redundant. What are you talking about? Even in America, what does the Vice President do? Even in the UK, what is the Vice Prime Minister, what is that?”, he fumed.

And when you’re sufficiently thought common sense, then you get the rarest form of common sense which is wisdom”, KKD added.

In his submissions, he also lamented the huge number of ministers in Ghana, given the country’s present economic woes.

Many influential persons have also been calling on the President to downsize his government and effect a reshuffle to help place the economy on a better footing.

But the President has turned a deaf ear to these calls; insisting that his men have performed.

Commenting on this matter, media personality, KKD said President Akufo-Addo’s entrenched position of not reshuffling his appointees is due to his indebtedness to some of them.

“The President, I think is indebted to some of the people he has appointed and because of that debt, he’s unable to make them go,” he said.

He also added that “a king is judged by his courtiers. So if the leader is surrounded by people who are physicians, who are disingenuous, you and I, the fourth estate have a duty to help remove those people because many of them, you and I did not vote for”.

Meanwhile, government has assured us that it is working to make things better despite the prevailing hurdles.

DISCLAIMER: The Views, Comments, Opinions, Contributions and Statements made by Readers and Contributors on this platform do not necessarily represent the views or policy of Multimedia Group Limited.
Tags:
Akufo-Addo
Bawumia
Ken Ofori-Atta
Kwasi Kyei Darkwah (KKD)