Bawumia justified in ascribing some current challenges to NDC – Afenyo-Markin 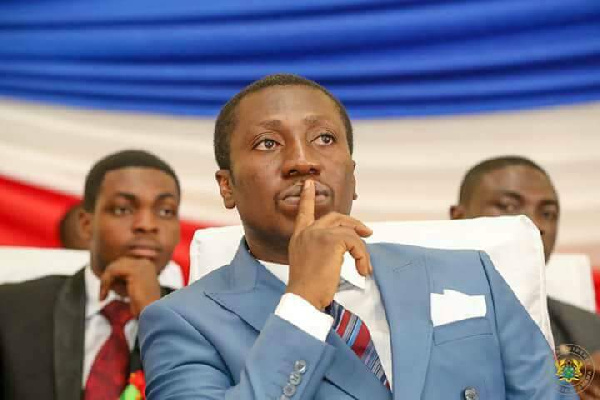 The Deputy Majority Leader, Alexander Afenyo-Markin, says the Vice President, Dr. Mahamudu Bawumia, is justified in ascribing some of the challenges the ruling government is facing to the National Democratic Congress (NDC).

According to him, though what the Vice President was explaining may have been misconstrued as the government shirking its responsibility, it was far from that.

He explained that what the Vice President was alluding to was the fact that while the NPP government was trying to resolve the challenges left behind by the erstwhile-Mahama administration, they had incurred some costs which are only now resounding in the economy.

Speaking on JoyNews’ PM Express, he stated that despite this development, government has managed to initiate a lot of social interventions in an effort to alleviate the impact on the economy.

“If somebody says that the government that we took power from created certain problems and those problems affected our finances, that person will have justification. An example is the banking sector crisis. In 2016, President Mahama in addressing Parliament conceded that poor supervision by Bank of Ghana resulted in many Ghanaians losing their investments.

“The question is, what did his government do to resolve this? They left it. We came in, the problem had gotten to a tipping point. The over 22billion that had to be invested to pay people their deposits, and to create a new opportunity for the banking sector, those monies could have been injected in some other areas. So if somebody says that look, we came to meet this big hole, the person will be justified,” he explained.

He continued, “The people elected us to fix the problem, and we’re saying that in fixing this problem, it has cost us so much. It depends on perhaps how we put it. Secondly, study the pay or take policy, how do we as a government – this is a contract, a valid contract that has been negotiated, how do you resolve it? It comes at a cost. I am saying that if these were well thought through, we wouldn’t come and get our hands tied into a situation.”

According to him, this government over the years has managed to take steps to solve the problems by introducing certain social intervention programmes to sustain the economy.

“The first major fiscal policy by this government was on the introduction of the e-levy. However, before the e-levy don’t forget that we came to meet a lot of taxes that we had to abolish, repeal and some we had to reduce, let’s look at the numbers. In fact, this government has provided more social services than it has imposed taxation on the people of Ghana,” he said.