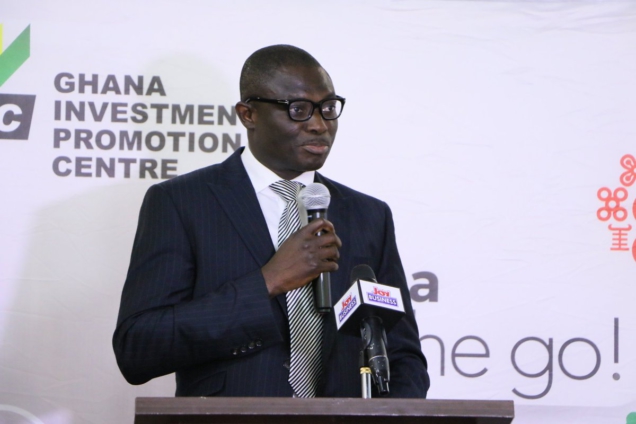 Chairman of Parliament’s Finance Committee, Kwaku Kwarteng, has commended the Vice President, Dr. Mahamudu Bawumia on his address regarding the state of the economy on Thursday.

In his view, the Vice President’s delivery was premised on incontrovertible facts, which affirm government’s efforts at building a robust and progressive economy, and therefore the need for all persons to rally behind government’s planned recovery programmes.

Speaking in an interview with Evans Mensah on NewsNight on Thursday, Mr. Kwarteng dismissed claims about loss of investor confidence in the economy.

“Anybody can pass any verdict. What is important is that, as a country, what has brought us here? And what is it that we can do to stop that? We should allow people to have their verdicts. Look investors and credit rating agencies would now look at you.

Since those expenditure cut measures were announced by the Finance Minister, we have clearly seen some stability in the exchange rate. I am confident that if government carried out the fiscal measures it has articulated recently, we will begin to see an appreciation in the Cedi. That is what is important”, he stated.

He also applauded the Vice President for acknowledging the challenges that confront the economy and reiterating the commitment of government to dealing with them.

Mr. Kwarteng therefore called on the populace to hold government accountable for the measures it has outlined to rescue the economy from its state of decline.

“What I think we should do as Ghanaians is to now hold government to the fiscal measures it says it will deploy in order to stabilise the Cedi. And thankfully, E-levy has now been passed, so there’s more confidence that we’ll now be able to raise the required revenue. Let us support government in these measures”, he charged.

Speaking at a lecture on the economy at the Pentecost Convention Centre at Kasoa on Thursday, the Vice President, Dr. Mahamudu Bawumia, touted government’s efforts in creating a resilient economy, despite the difficulties it has encountered over the last few years.

According to him, the COVID-19 pandemic and the war between Russia and Ukraine can be blamed for the current state of the economy, which many Ghanaians have repeatedly complained about. Reacting to the concerns of citizens, he stated that, government is working assiduously to deal with the issues; adding that, the needed transformation will not happen overnight.

“Changing the structure of our economy through diversification and value addition will not happen overnight. However, it remains a major pre-occupation of the government, because it is our pathway to reduce import dependency, expand the economy, create jobs, increase exports, and support the value of our currency.

The data shows that despite all the challenges of the last two years, even with COVID-19, the growth of the economy is fundamentally stronger than it was in the 2013-2016 period, and we will continue to do more,” he pledged.

Meanwhile, Former Deputy Minister for Information, Felix Kwakye Ofosu has said that Ghana has the worst credit rating ever in 20 years.

Speaking in an interview on NewsNight on Thursday, he said with this data, he does not understand why Ghanaians would be told that the economy “today is better than in the past.”

His comments were in reaction to the Vice President’s address on the economy on Thursday.

He described the address as full of lies and fabrications, designed to paint a false picture about the state of the economy. In so doing, Mr. Kwakye Ofosu, also dismissed the claims by the Vice President that, the COVID-19 pandemic and the Russia-Ukraine crisis should be blamed for country’s economic woes.

For him, the situation is due to government’s own mismanagement.