Be patient; you’ll be paid – Afenyo-Markin to NABCo personnel - MyJoyOnline.com

Be patient; you’ll be paid – Afenyo-Markin to NABCo personnel 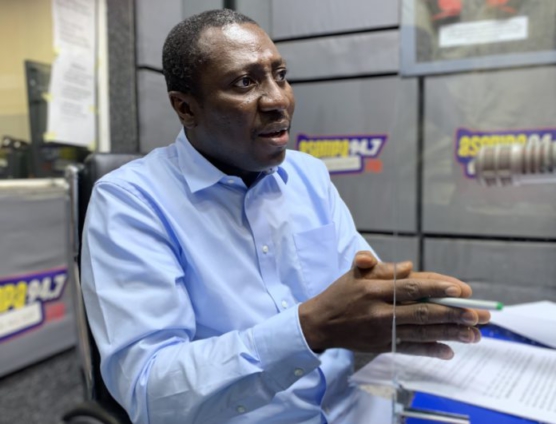 According to the Effutu MP, the personnel have a legitimate cause to complain, especially when the programme has been terminated.

Information Minister, Kojo Oppong Nkrumah, in an interview on Joy News‘ The Probe, said he does not know when the personnel will be paid.

However, considering the outstanding months, the lawmaker has implored them to know there is an issue and trusts that government is taking steps to resolve it.

“If they have been on the programme for three years, two or a year, and they have been paid all these years with five months outstanding; then there is an issue, have patience.

“I believe the government has heard them, and if we are not talking about a year or six months allowance and it is five, obviously it will be worked on, and you will be paid,” he said in an interview on Accra-based TV3.

The lawmaker emphasised that the NABCo personnel and all Ghanaian youth must have faith in the incumbent government, especially due to the introduction of the ‘Youstart’ programme and Electronic Transaction Levy (E-levy).

This, he explained, was the hope for the generation, hence required the support of all and sundry.

“The hope for them is ‘Youstart’ because not all graduates can be absorbed in the public sector, and the e-levy is a new platform for opportunities, so let us all support it,” he added.

The ‘YouStart’ Programme, described as ground-breaking by the government, is expected to tackle the youth unemployment issue in the country comprehensively.

The Finance Minister, Ken Ofori-Atta, during a press briefing, said that the programme is also “designed to provide relevant skills and access to long term affordable capital to empower our youth to create their own businesses and expand the private sector to create more jobs for Ghanaians.”