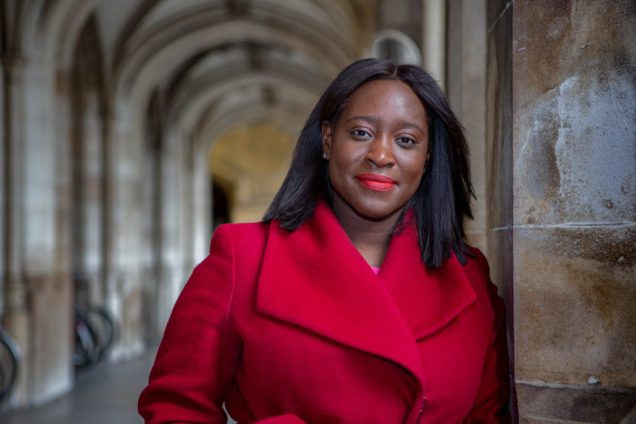 The United Kingdom Member of Parliament of Ghanaian descent, Abena Oppong-Asare, has entreated Ghana female MPs in the country to be strong and resilient but more importantly, adopt a self-caring attitude.

Elected as MP for Erith and Thamesmead in the 2019 General Election with a majority of 3,758 over the Conservative Party, Abena Oppong Asare believes women have a bigger role to play in changing the narrative about female participation in politics.

Born in 1983, Oppong-Asare was educated at Kent University and worked as a parliamentary researcher before becoming an MP.’ When the opportunity came, a lot of people encouraged me to go for it but there were those who said I couldn’t do it and if she had listened to such voices I wouldn’t be here today and this is why she has been urging her colleague female MPs “not listen to the small voices because the higher you rise the tougher it gets.”

Abena Oppong Asare, a co-author of ‘Stand Up and Be Counted: Be a Councillor’, a publication encouraging and providing practical advice for women from diverse backgrounds to stand for election to local councils was voted the MP of the year in 2020 and has currently been nominated for the same award for 2021.

As the first Black woman to hold the chair of labour Women’s network, she is been involved in the training and mentoring of young females aspiring to go into public service.

“Within the short period that I have been in parliament, I have been promoted several times and currently occupies the role as Shadow Exchequer Secretary to the Treasury and also sit at the front bench and this has not come easy but also bears testimony to the fact that when given the opportunity women can do it despite the obstacles and we must work towards changing the narrative on sexism and other barriers that work against women in politics” she added.

The constituency of Erith and Thamesmead found in South East London which voted for leave during the Brexit referendum, is ethnically diverse, with a third of the local electorates being black or mixed race.

According to Abena Oppong Asare, the black history month which she initiated in the UK parliament has helped to highlight the deep-seated race inequality in the country and the need for diversification of the educational curriculum.  She tells Joynews on the sidelines of the Grow, Unite, Build, Africa (GUBA) 2021 awards in Accra that the picture must reflect inclusiveness.’

“Black people have faced discrimination in the UK for as long as history can remember, but racism is not a thing of the past. Black women are five times more likely to die in pregnancy. Black Caribbean children are three times more likely to be excluded from school. Black workers with degrees earn almost a quarter less than their counterparts, this is not a good statistics and we must work towards changing it,” she added.