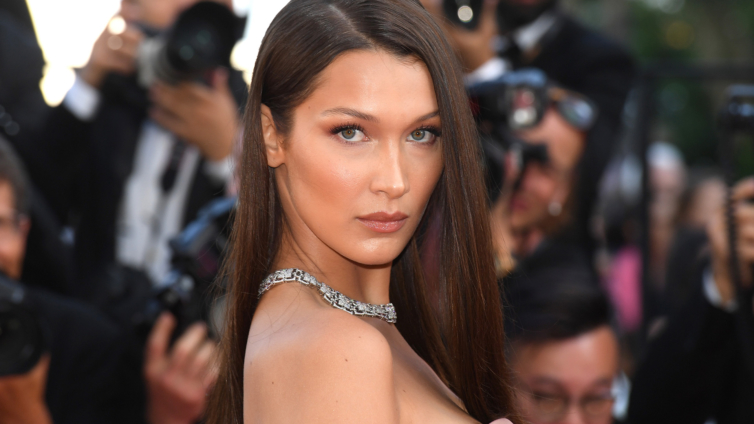 Autumn has been busy for Bella Hadid. In mid-September, Bella revealed that she was the face of Versace’s new Dylan Blue perfume campaign, which she shot with fellow supermodel Hailey Bieber in Corsica back in June.

Days later, the world learned that her sister Gigi had welcomed a baby girl with her boyfriend Zayn Malik.

To kick off October, Bella put on a fierce display in Rihanna’s highly-anticipated Savage x Fenty Vol. 2 show, then shortly afterwards hopped on a private jet to celebrate her 24th birthday in an undisclosed tropical location.

Her whirlwind schedule didn’t stop there – upon returning to the Big Apple, Bella shot a Michael Kors campaign, modelled a look from Matthew Williams’s inaugural collection for Givenchy, and to top it all off, morphed into a gilded Pegasus for Mugler’s latest fashion film.

Now, it seems as though the supermodel is pausing to enjoy a moment of reflection.

She’s been posting a series of throwback snaps alongside her cherished horses, taken when she and Gigi relocated to the Hadid family’s Pennsylvania farm during the lockdown.

One carousel of images shows Bella posing in riding gear with her beloved horse, Blue, her constant companion when the supermodel was in the country.

DISCLAIMER: The Views, Comments, Opinions, Contributions and Statements made by Readers and Contributors on this platform do not necessarily represent the views or policy of Multimedia Group Limited.
Tags:
Bella Hadid
Throwback