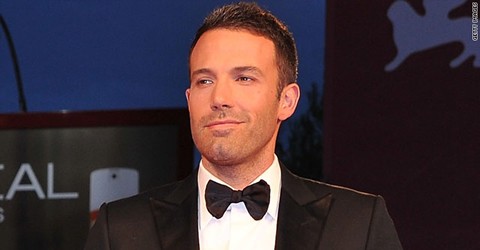 Fans of “The Town” are no doubt excited by this news – Ben Affleck is in talks to pull another directing/acting job in the upcoming action thriller “Line of Sight,” which he may also produce, according to The Hollywood Reporter.

Affleck is reportedly in negotiations to work on the Warner Bros. action movie.

The film follows an elite military squad dealing with a serious global threat … while transporting dangerous cargo. Standard plot. Except that there’s a video game angle.

The game aspect comes into play with the perspective: the story is told as if it were a shooter game. Remember “Doom”? Sort of like that. To give it gamer cred, the script has been worked on by Peter O’Brien, who wrote the Xbox game “Halo: Reach.”

Affleck’s other military movies include “Pearl Harbor” and “The Sum of All Fears.”

Just this week, the father of reportedly soon-to-be three began shooting hostage crisis drama “Argo.” He’s directing the film, and he cast himself in the lead role. No clashing egos on that set!