Benteke's offside goal at Liverpool should not have stood, says Premier League - MyJoyOnline.com

Benteke’s offside goal at Liverpool should not have stood, says Premier League 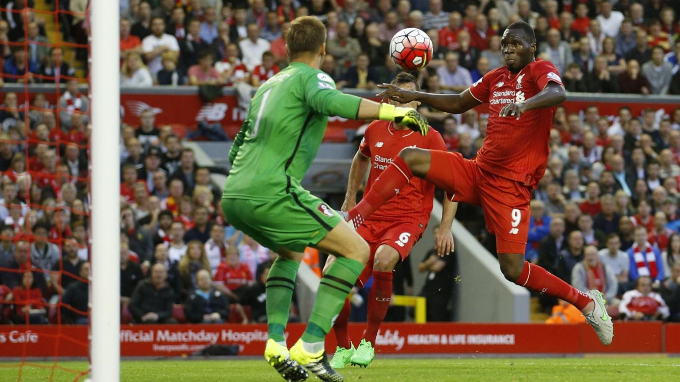 Liverpool's Christian Benteke should not have been awarded the winning goal in the match against Bournemouth on Monday, the Premier League has admitted.

The Belgian striker opened his account at Anfield with a goal that would have been perfectly legitimate last season, but this season should have been disallowed for offside. Benteke's close-range goal was allowed to stand by referee Craig Pawson despite team-mate Philippe Coutinho having been stood in an offside position and attempting to play the ball.

And in a highly-unusual move, the League has stated unequivocally that the match officials got the decision wrong. The League is writing to all the clubs to clarify the new ruling – and presumably also to the referees and linesmen who are clearly not yet up to speed with the new regulation.

While the goal would have stood last season, a change ratified by the IFAB over the summer amended the offside rule. Players can now be offside even if not directly involved in a move, deemed to be interfering with play via their positioning on the field, by distracting or diverting opponents.

"It is a tough job, we know that. The officials have a split second to make a decision so I respect that and the challenge that their job brings," he said.

"From our perspective we felt we were on the wrong end of not just the two big decisions in the game but there were several other little things that went against us."

"[I'm] definitely keen to have a conversation and see their perspective. From my perspective, regarding that law, that is the clearest case of that interpretation that's been changed that you'll see."

"I had a really poor view at ground level, [but] I just knew there was something not quite right about the goal, and obviously it proved when I saw the replays. I'm just really surprised it was missed."