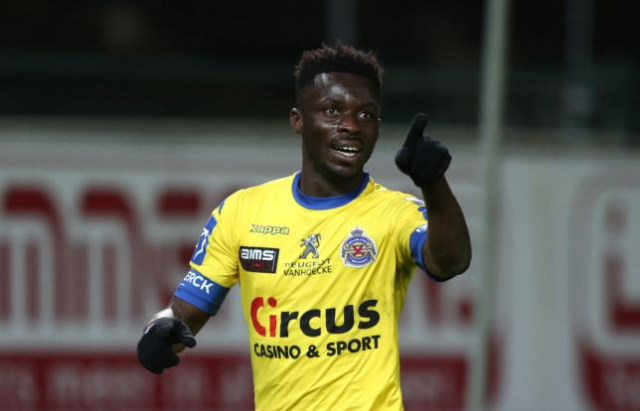 Belgium-based Ghanaian midfielder Nana Ampomah’s dream of playing in one of the top five European leagues may not be realised anytime soon.

This is because his club, Waasland Beveren are not too keen on a potential move to Germany, where two clubs have expressed interest.

Bundesliga sides Mainz 05 and Fortuna Düsseldorf are locked in a battle to sign Ampomah.

However, Waasland Beveren want to keep their key player for another season, Joy Sports sources can confirm.

His current contract with Waasland-Beveren runs through to 2021.

The 23-year-old has been in impressive form this season for Beveren after playing 27 games and scoring seven goals for the club.

He also created six goals during the campaign and was named one of the brightest youngsters in the Jupiler Pro League season.

Ampomah has capped four times for the Black Stars of Ghana and most likely to make coach Kwasi Appiah’s final squad for the 2019 Africa Cup of Nations in Egypt.