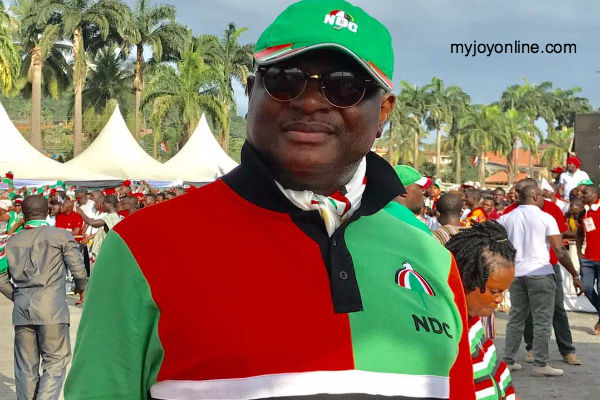 Businessman and former Kumasi Metropolitan Chief Executive, Kojo Bonsu on Monday, made known to the leadership of the National Democratic Congress (NDC), his intention to contest December’s presidential primaries.

Until news broke about his intention to lead the NDC, Kojo Bonsu was a considered staunch supporter of the Mahama 2020 bid.

He was instrumental in the organisation of the party’s Unity Walk project across the 10 regions of the country which has been credited for renergising the grassroot base of the opposition party.

On Friday, September 28, Mr. Bonsu met with Founder of the NDC and former President, Jerry John Rawlings, where he announced his decision to join the race to lead the party.

I received @KOJOBONSU10 and his team today. I wished him well. He has a determined spirit.#KojoBonsu2020 pic.twitter.com/SNjvn6UXOi

The former Managing Director of Ghana Oil Company Limited (GOIL) presented his letter of intent to the party leaders at the party headquarters today.

He will then officially announce his bid to the media on Wednesday afternoon at the Ghana Academy of Arts And Science in Accra.

The NDC plans to go to congress to elect its national officers in November after which it will follow with the election of a candidate to lead it into the 2020 general elections in December.

Now ten men are jostling for the slot and are expected to pick nomination papers when the party opens nominations later this year.

There are two political neophytes also joining the race – Nurudeen Iddrisu and Elikplim Lorlormavor Agbemava. This is a list six men longer than the 2006 number.